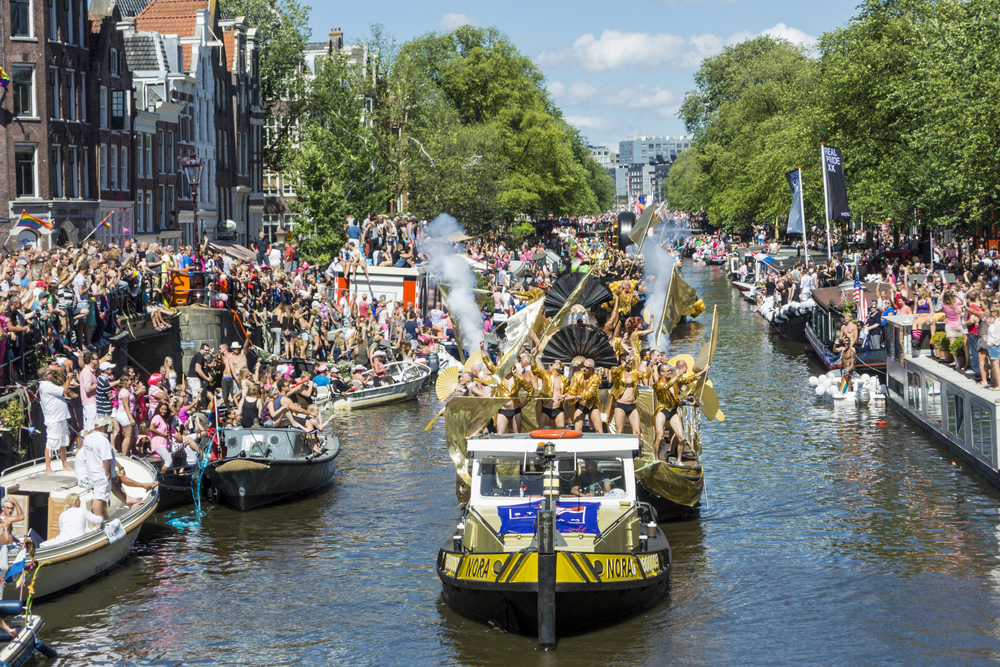 The Netherlands has become more accepting of gay and transgender people, but many still find it difficult to witness gay men kissing or holding hands, according to new research by the government’s social policy unit SCP.

‘A lot has changed in 10 years, within society in general as well as in groups who had more issues with acceptance,’ researcher Lisette Kuyper told broadcaster NOS. In particular, the elderly, school pupils and people with strong religious beliefs are more accepting of the LHBT community than they used to be, the report showed.

In 2006, 53% of the population were ‘positive’ about gay men and women but that has now risen to 74%. And the percentage who are negative about gay people has shrunk from 15% to 6%.

People who are members of the Protestant church, or who have a ‘non-western’ background are least likely to accept homosexuality – with 16% and 17% respectively saying they are negative about the LHBT community.

Nevertheless, people are still uncomfortable when confronted with two men or women holding hands or kissing, the report showed. Some 29% did not like seeing two men kissing, while 20% objected to women kissing – only 11% object to a heterosexual couple kissing in public.

‘If we are talking about visibility, then things are more difficult,’ Kuyper said.

LHBT campaign group COC welcomed the report but said it shows there is still room for improvement. ‘I want to live in a land where people from the LHBT community can be themselves and walk hand in hand or kiss without being afraid,’ chairwoman Tanja Ineke said.

Earlier this month, new figures published by the European Rainbow Index put the Netherlands in 11th place in terms of LHBT rights – a disappointing placement for the country which was the first in the world to legalise gay marriage.

The ranking, topped by Malta, covered 49 European countries. When only EU countries were included, the Netherlands was in 10th place.