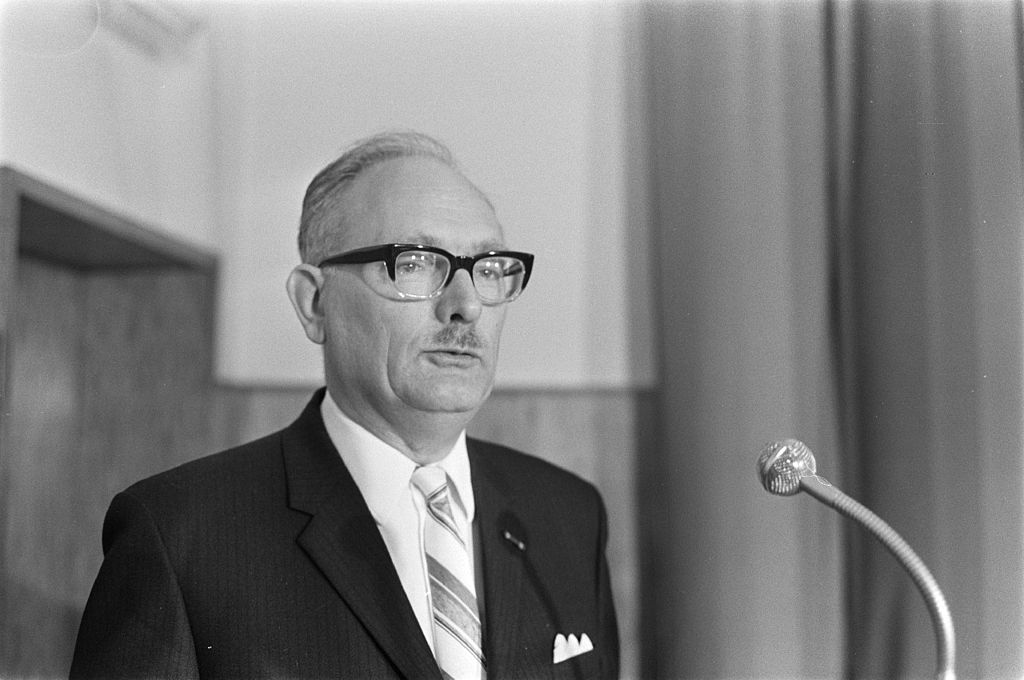 Johan van Hulst during his career as a senator. Photo: Wikimedia Commons

One of the last surviving heroes of the Dutch resistance, Johan van Hulst, has died at the age of 107.

As head of a teacher training college in Amsterdam, Van Hulst helped around 600 Jewish children escape the Nazis after their families had been rounded up and detained in the Hollandse Schouwburg theatre in 1942.

The Hervormde Kweekschool, which was next door to the theatre, was turned into a creche. Van Hulst created an escape route through a hedge to his college where he hid the children in a classroom until they could be taken to safety.

He spent the last three weeks of the war in hiding at his parents’ home in Elegantierstraat after the Germans sentenced him to death for his activities.

In an interview with the Parool newspaper two years ago Van Hulst said he was uncomfortable with the label of resistance hero. ‘I was at the centre of a particular activity,’ he said. ‘It’s not about me, I don’t want to put myself in the foreground or play resistance hero.

‘All I really think about is the things I couldn’t do – the few thousand children I wasn’t able to save.’

After the war Van Hulst became a senator for the Christian Democrats and an emeritus professor of pedagogy at the Vrije Universiteit in Amsterdam. He received several honours from the Queen and in 1972 he was inducted into the Israeli Holocaust remembrance centre Yas Vashem’s Righteous Among Nations roll of honour.