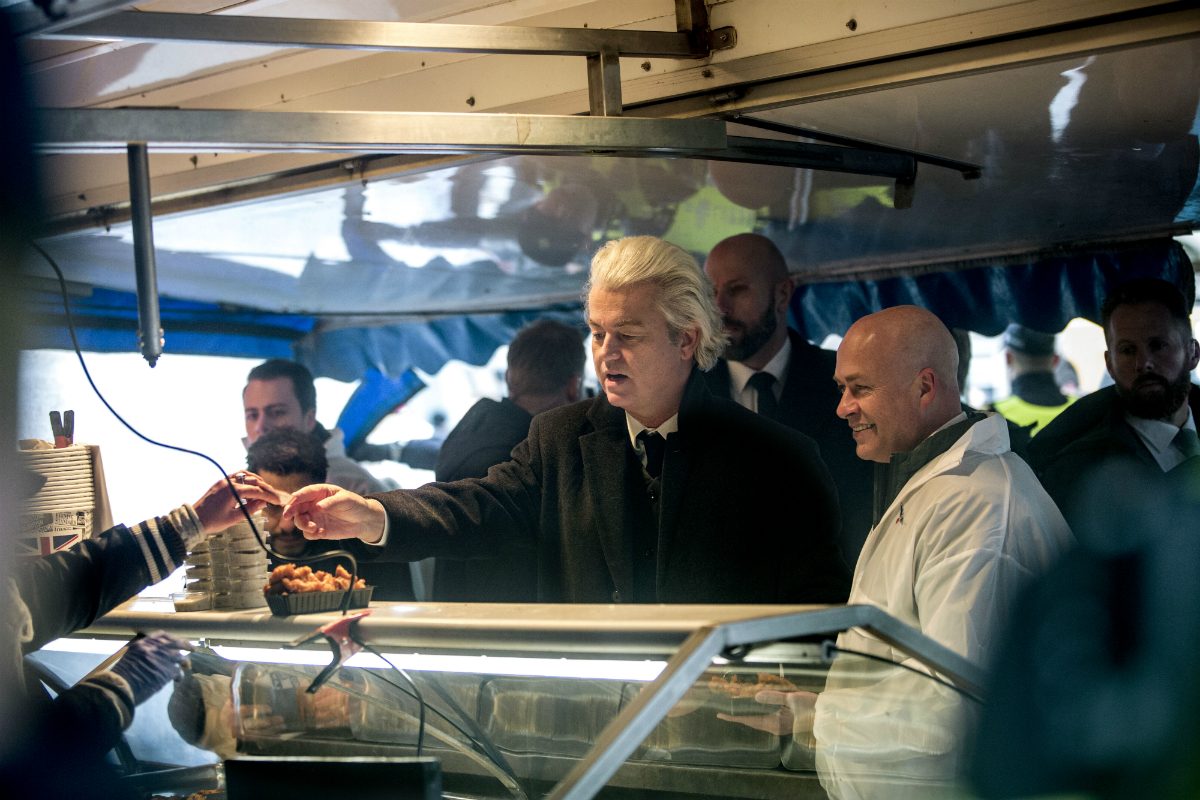 Wilders on the campaign trail in Nissewaard. Photo: Arie Kievit/HH

For Geert Wilders the 2018 local elections were an attempt to expand his party’s reach, but despite ending the night with 76 councillors the gains were less than he had hoped for.

The PVV finished no higher than third in any of the 30 municipalities where it was standing – including Almere, where it has headed the coalition for the last four years. There its number of councillors was reduced from six to three as it fell behind the VVD and Labour (PvdA).

In The Hague, where the party was beset by infighting during the campaign, the PVV lost five of its seven council seats to finish in ninth place, just behind the Animal Rights Party (PvdD). It was a far cry from four years ago, when Wilders narrowly lost out to D66 in the race to run the council and delivered the ‘Fewer Moroccans’ speech that resulted in a criminal conviction for inciting discrimination.

There were more positive results for the party in municipalities such as Nissewaard, where it took five seats with 13.5% of the vote, and Rucphen, where it captured 20.3% for four councillors.

But results elsewhere were modest, even if the PVV succeeded in winning seats on every council it contested. Having originally aimed to field candidates for 60 councils, Wilders had to temper his ambitions because of a lack of suitable candidates.

Despite selecting 30 municipalities where his party performed strongly in last year’s parliamentary election, the PVV’s average vote share was 8.2%. It finished tenth in Arnhem, Maastricht, Rotterdam, Purmerend and Hengelo, a provisional 11th in Utrecht and 12th in Den Bosch.

Wilders said he was ‘satisfied’ with the results, though he acknowledged that the campaign in Rotterdam, where he was only able to claim two seats while local rival Leefbaar Rotterdam claimed 11, was disappointing.

‘Our most important goal, a big increase in our number of seats and ensuring the PVV’s voice will be heard in 30 municipalities, has been achieved,’ he said.

In Amsterdam, Thierry Baudet hailed the two seats predicted for his Forum voor Democratie party in an exit poll as a ‘brilliant result’. An interim result posted halfway through counting suggested FvD may bag a third seat.

Earlier Baudet called the reliability of the vote counting system into question, claiming it was susceptible to hacking. He called on FvD volunteers to act as election observers at polling stations and said photographic evidence of ballot counts should be kept before the data is digitalised.

‘In all 394 polling places the results of the count are put on a USB stick which is taken by an unguarded courier to the city hall. There all the USB sticks are put on a computer, after which the votes are calculated and printed out,’ said Baudet.