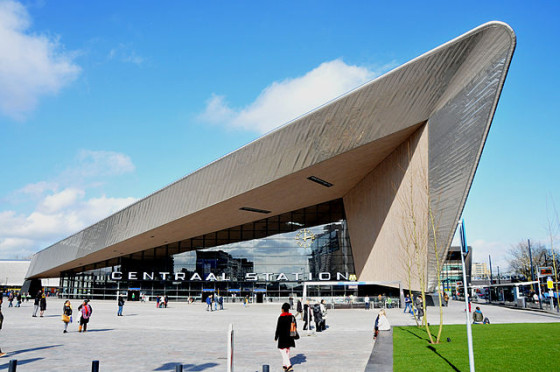 As election dramas go, the contest in Rotterdam has been an energetic mix of soap opera, pantomime and farce. The farce came early in the contest when Geert Wilders was forced to sack the lead candidate for his PVV party, Geza Hegedüs, after one day.

The PVV’s campaign began inauspiciously when two MPs from the multicultural party Denk turned up to heckle the official launch, which took place against the backdrop of a mosque. And it got worse for Wilders when an anti-fascist campaign group unmasked Hegedüs as a supporter of extreme-right student fraternity Erkenbrand.

The PVV is hoping to take seats from Leefbaar Rotterdam, the party founded by Wilders’s idol Pim Fortuyn, which has responded by hardening its stance on migrants. Among its policies is a new law to protect the ‘native Dutch’ character of high streets by allowing the council to limit the number of kebab shops, halal butchers and shisha lounges.

Leefbaar has governed the city for the last four years in a coalition with progressive liberals D66 and the Christian Democrats. But a repeat of that combination has been thrown into doubt by Leefbaar’s electoral pact with Thierry Baudet’s Forum for Democracy (FvD).

Baudet has been involved in a war of words with D66 leader Alexander Pechtold and interior minister Kajsa Ollongren since the pair condemned his party’s stance on racial issues, and D66 have made it a condition of any future power-sharing deal that Leefbaar disown Baudet’s comments. Leefbaar’s Robert Simons has dismissed the demand as ‘childish’.

The internecine struggle on the right should have handed the initiative to the city’s left-wing parties, had they not blundered into a trap of their own devising last week. The Socialists, GroenLinks and Labour announced a joint programme called the Links Verbond, along with Nida, one of Rotterdam’s two Islamic factions, to promote a ‘social, sustainable and inclusive Rotterdam’.

But when a tweet from Nida surfaced which likened Israel’s intervention in Gaza in 2014 to the actions of Islamic State, GroenLinks and Labour pulled out of the agreement after Nida refused to withdraw the remark. ‘As far as I am concerned there is no place for Nida in our alliance,’ said GroenLinks leader Judith Bokhove.

The polls suggest Leefbaar will remain the largest party, but with its seats cut from 13 to around 9. A cluster of parties including GroenLinks, the SP, D66 and the VVD are vying for second place with five or six of the 45 seats, while the PVV are expected to take three or four.

Nida had hoped that the left-wing pact would protect it from a challenge from Denk. With such a wide field and acrimonious campaign, whichever party emerges on top of the pile will have its work cut out to build a working coalition.

In Rotterdam voters can also chose the members of the 14 district committees.

Voting aids
Help with deciding who to vote for (Dutch only)