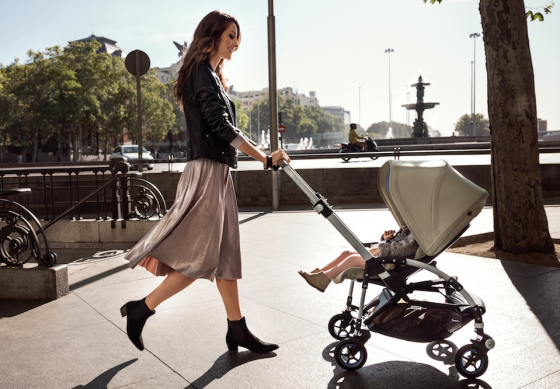 Iconic Dutch stroller manufacturer Bugabloo, used by the likes of Madonna and Kate Middleton, has been acquired by Bain Capital Private Equity.

Financial terms were not disclosed but the takeover sum is likely to be near the €200m which was mooted when the company was put up for sale last October, the Parool has reported.

Bugaboo has been phenomenally successful. Hollywood actress Gwyneth Paltrow launched the ‘Bugaboom’ 13 years ago when she bought one for her first child, after which Elton John, Madonna, and Zinedine Zidane began parading their tiny tots in their Bugaboos.

They were featured on the TV drama ‘Sex and the city’ and Kate Middleton evoked the wrath of the British scandal sheets when young Prince George was seen in a Bugaboo instead of a ‘proper British-made baby carriage’.

Bugaboo now turns over some €160m a year and its 1,300 employees turn out the strollers in 50 countries worldwide. The company recently launched a luggage line with all the usual Bugaboo bells and whistles.

But all was not well at Bugaboo headquarters in Amsterdam-Zuidoost. A row between the two founders about the future course of the company had been festering for years.

CEO and money man Eduard Zanen was more expansive than Max Barenbrug who designed the stroller in the first place. To complicate things even more, Zanen is married to Barenbrug’s sister.

Under the new ownership structure both men will retain their present positions and most of the management team will continue in their jobs.

‘Bain Capital has a long history of working with founders, and of supporting the global growth of unique consumer brands,’Nigel Walder, a managing director at Bain, said in a statement.

In 2016, the company launched its new luggage mobility concept and this week Bugaboo launched its next generation stroller, the Bugaboo Fox, he noted.