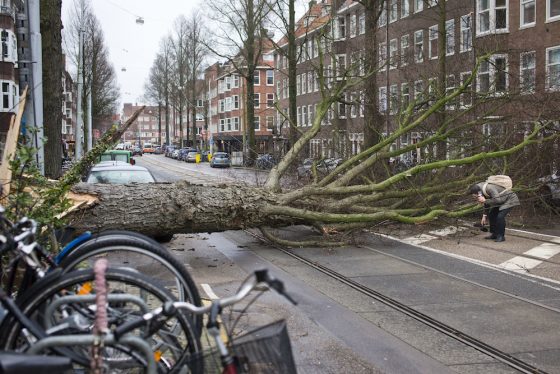 A moped user picks up his gloves after a tree blows down in Amsterdam. Photo: AP Photo/Peter Dejong

All flights to and from Schiphol airport were suspended for a time and no trains are running anywhere in the Netherlands as storm force winds battered most of the country on Thursday.

The KNMI weather bureau issued a code red weather warning for most of the Netherlands as winds with speeds of up to 120 kph were recorded.

On the roads, dozens of lorries were blown over, causing long delays to motorists. The transport ministry urged motorists to stay home unless their journeys are absolutely essential.

Police and the emergency services were dealing with thousands of reports of damage and flying debris. In Amsterdam a moped user had a lucky escape when a tree crashed into the road just in front of him.

In Almere, the area around the city’s main station has been cordoned off because of flying glass. One eyewitness told DutchNews.nl that he  had seen several ambulances coming to take away injured people. 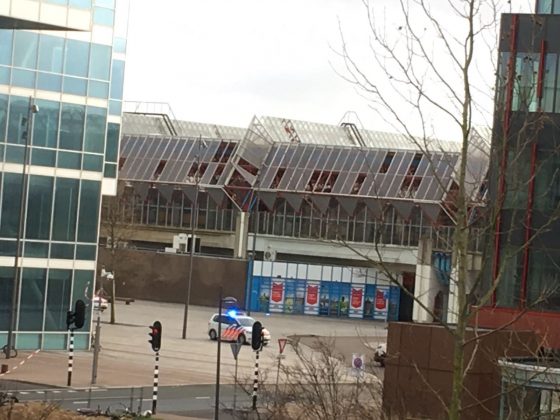 The Hague’s central station was also closed as a precaution because of damage to the roof panels.