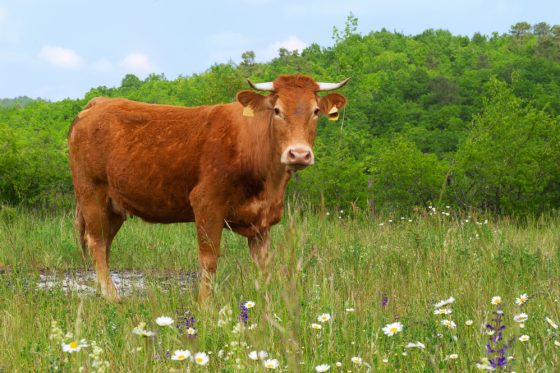 An escapee cow living wild in the woods of Overijssel will be given an extra two weeks of freedom to allow her to calm down after all the media attention, the AD said on Wednesday.

The cow, nicknamed Hermien, managed to escape before she could be loaded onto a truck and taken to a slaughterhouse in early December and has evaded capture ever since.

Since then, Hermien has remained in the woods, although she has been spotted heading for the barn at another farm at night for food. Efforts to catch her there, using food laced with knock-out drops, have also failed.

A vet armed with tranquiliser darts had been due to have another attempt to catch Hermien this week but that has now been called off. Owner Herman Jansen told the paper that he did not want to take the risk that the Limousin cow would go further into the woods, where she would be impossible to get to.

He now wants to leave Hermien alone until the weather improves and will then put some other cows into a nearby pasture in an effort to lure her out.

Vet Edo Hamersma says this is the best option. ‘Things need to calm down,’ he told the AD. ‘A tranquiliser is also a risk.’ Cows like being in herds and using other cows as lures will be the best way of getting her into the lorry, he said.

Hermien will not be taken to an abattoir when she is caught. Animal rights party PvdD has raised enough money to ensure she will spend the rest of her days at a ‘cow retirement’ home in Friesland.