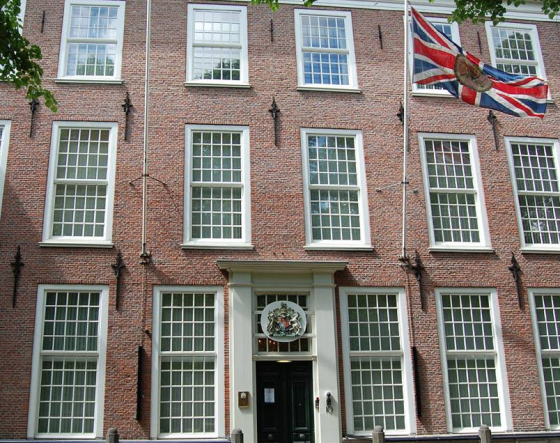 Several British nationals in the Netherlands are going to court in an effort to keep their European citizenship, despite Britain’s plans to pull out of the EU.

The case, which will be heard in Amsterdam on Wednesday, revolves around the right to European citizenship and its backers hope that Dutch judges will refer the issue to the European court of justice in Luxembourg.

Financial director Stephen Huyton, who has lived in the Netherlands for 23 years, says he is concerned about the right of his children, who have British passports and are studying in the UK, to return to the Netherlands to live and work.

Nick Nugent, who works for a small software firm, has joined the legal action because he is worried about being able to travel freely throughout Europe, which is essential for his job, once Brexit takes place.

Three other British nationals and the Commercial Anglo Dutch Society (CADS) are also supporting the court case, which is backed by lobby group Brexpats Hear our Voice.

Their lawyer Christiaan Alberdingk Thijm says the aim of the case is to establish under what conditions people can lose their European citizenship. ‘Can it be taken away from people?’ he said.

‘There is much debate about what happens to UK citizens and their rights as EU citizens if and when the UK leaves the EU,’ Alberdingk Thijm said. ‘We hope this case will settle once and for all the issue of whether European citizenship and the accompanying rights are inalienable.’

According to Dutch statistics office CBS, there are almost 85,000 British nationals in the Netherlands (compared with 73,000 Dutch nationals in the UK). British expats make up around 1% of the population in cities such as Amsterdam.

‘This case is a specific legal avenue relating to one group – UK citizens in the Netherlands. It will set a precedent, but it is not a magic bullet that resolves all problems,’ said BHOC founder Debbie Williams. ‘We see this case as one small but significant step towards achieving a fair solution for all.’

The interim agreement thrashed out between the UK and Europe does sketch out some of the rights which British nationals in Europe may keep after Brexit but leaves many issues, such as the right to free movement, unanswered so far.

Jane Golding, chairwoman of lobby group British in Europe said last month the December deal is ‘grubby bargain that will have a severe impact on ordinary people’s ability to live their lives as they do now.’

‘This is a double disaster for British people living in Europe. At the moment, not only is it unclear whether we keep our automatic residency rights, but it looks like we can also kiss goodbye to continuing free movement beyond any agreed transition period – which so many of us who work across Europe rely on to support our families’.

An estimated 1.2 million British citizens live in other European countries.