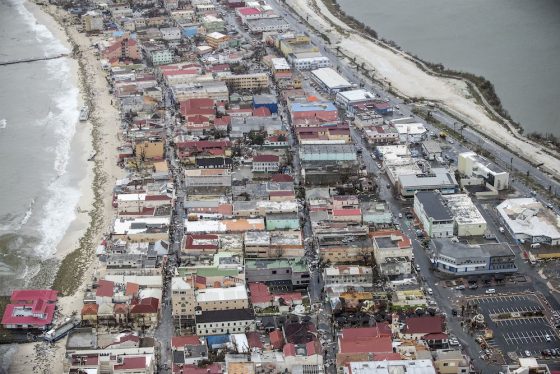 The former Dutch colony of Sint Maarten, devastated by a Caribbean hurricane last month, is refusing to accept two conditions which the Dutch government wants to impose on rebuilding its ravaged infrastructure, Trouw said on Monday.

The paper says prime minister William Marlin’s government does not agree with Dutch insistence on setting up a special Dutch-run body to oversee the flow of funds and ensure corruption is kept out.

Although Marlin has said he is ‘not unwilling’ to set up some form of supervisory body, he says the Dutch ‘integrity chamber’ cannot be established before the Dutch ultimatum, and instead wants to use the island’s own organisation in which the Netherlands would have a role, but not the final say.

The Netherlands is creating a multi-million euro fund to finance the reconstruction of the island which will provide loans under very strict conditions to ensure maximum monitoring.

Sources in The Hague and on Sint Maarten told Trouw last month that the fund may be as high as €260m but that the final amount will be decided in the coming weeks.

Marlin is also unwilling to accept the Dutch insistence that border controls be stepped up involving Dutch military police officers, Trouw said. The aim is to stop outsiders coming to the island to work for rogue construction companies and to ensure locals benefit from the contracts, the paper said.

Outgoing home affairs minister Ronald Plasterk has given Sint Maarten until the end of this month to agree to his terms.

Trouw says Marlin’s letter to Plasterk is extremely courteous in tone and that he has offered to come to the Netherlands to discuss the issue. Nevertheless, saying ‘no’ twice to the Dutch demands risks delaying the rebuilding programme, Trouw said.