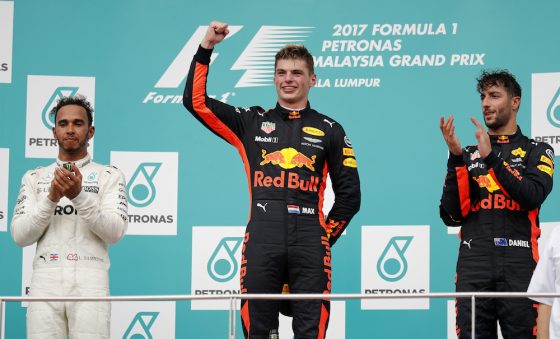 Dutch racing driver Max Verstappen ended a long spell of bad luck on Sunday by winning the Malaysian Grand Prix in what some commentators said was an ‘incredible performance.’

Verstappen has dropped out of seven GPs so far this season, due in part to technical problems with the car as well as driver errors.

Verstappen, who turned 20 on Saturday, became the youngest ever Formula 1 winner in May last year with his victory in Barcelona aged just 18.