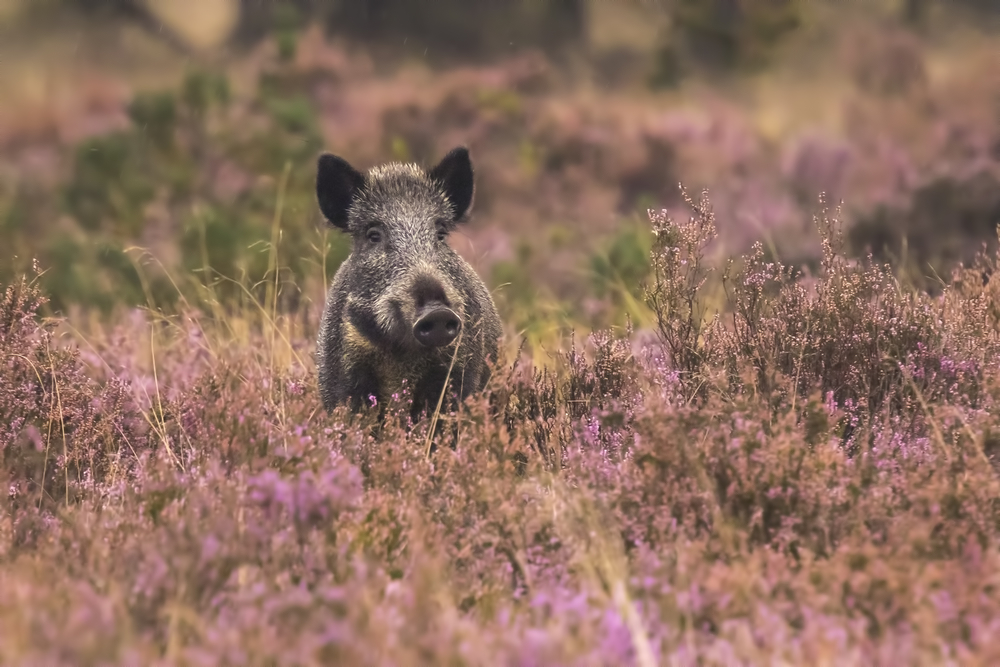 Even though thousands of wild boar are shot in the Veluwe heathland area of the Netherlands every year, there has been a rise in the number of collisions between car and beast, local hunting lobby group VWV said on Wednesday.

In July so far there have been 48 crashes involving boar, in June there were 71 and in May 82, local paper the Stentor reported. That is more than half the total recorded in 2016 as a whole, the paper said.

Spokesman Gerrit-Jan Spek told the paper the number of crashes involving boar is due to the fact there are so many boar in the area, coupled with a shortage of beech nuts and acorns, their favourite food.

‘There are an estimated 6,250 boar in the Veluwe region and that is far too many,’ Spek said.

Every year since 2007 when the cull was approved in parliament, hunters shoot around 80% of the local boar population in an effort to keep numbers under control. Nevertheless, the population has remained constant at around 6,000.

There is also a ‘zero tolerance’ policy towards boar who leave the two national parks in the region and move to new parts of the country.

The organisation also points out that people are feeding the boar to attract them for tourists. Epe town council, for example, offers visitors a 100% guarantee of seeing a boar for a fee.

Faunabescherming regards the mass cull as ineffective, arguing that the more food is available for the boar, the more strongly they reproduce. In addition, hunting the boar and disturbing their foraging areas is only driving them to move to other places, the organisation says.