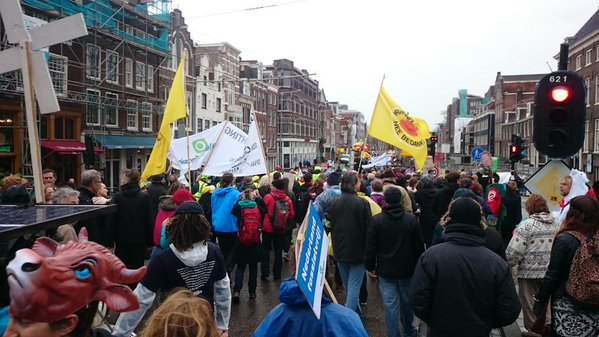 European countries must fill the financial gap left by the US’s decision to pull out of the Paris climate deal, Dutch caretaker environment minister Sharon Dijksma says in Friday’s Volkskrant.

The Netherlands is doubling its donation to the Intergovernmental Panel on Climate Change to €100,000 Dijksma said, urging other countries to do the same. Germany, Dijksma said, has already agreed to do so.

Although the amounts are relatively small, they have great symbolic meaning, Dijksma told the paper. ‘You are showing that Europe is taking its responsibilities seriously and showing leadership.’

The IPCC, which was set up in 1998, is part of the United Nations and aims to an objective and scientific view of climate change, and its political and economic impacts. Its reports formed the basis of the 2015 agreement on climate change signed by world leaders in Paris.

Many American cities and states have already said they will continue to be involved, despite president Donald Trump’s decision to withdraw. The US was the biggest donor to the IPCC, allocating some €1.8m a year.

Dijksma’s plan will be discussed the next European Council meeting in Luxembourg on Monday, the Volkskrant said.