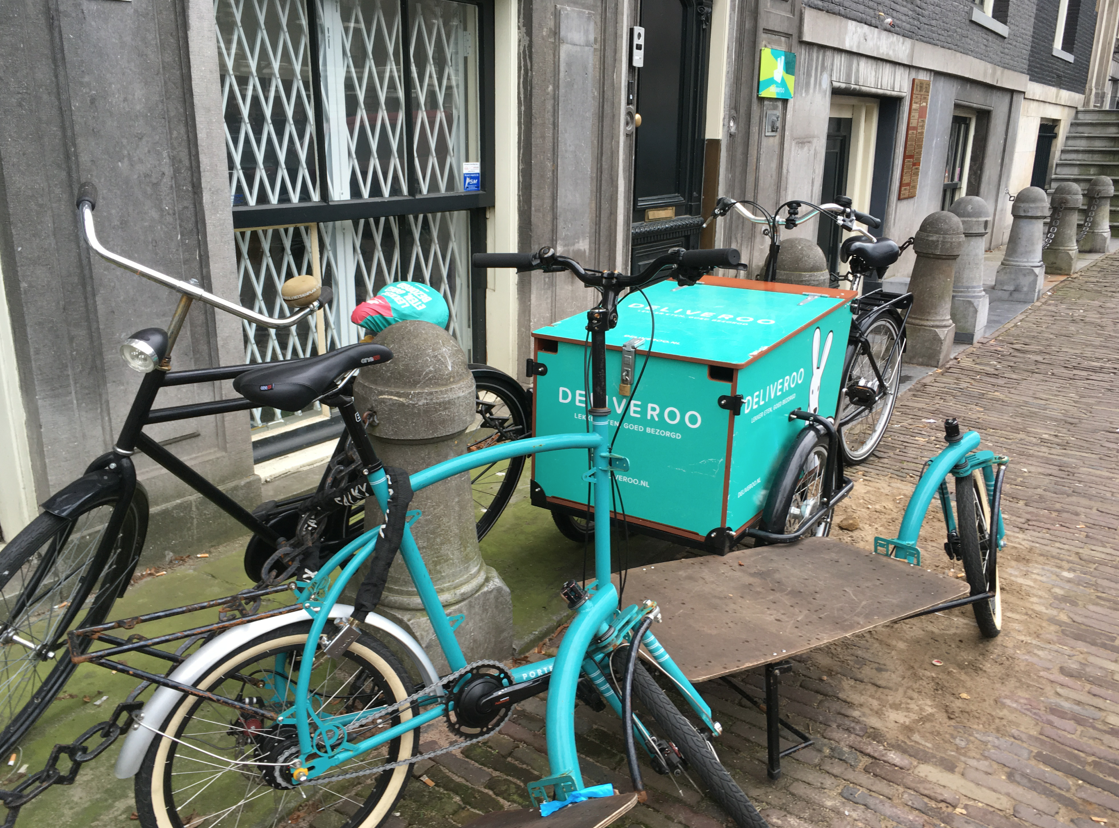 British food delivery company Deliveroo is to start treating its delivery staff in the south of the country as freelancers rather than paid employees, RTL News reports.

The system means new Deliveroo riders will no longer be paid by the hour but per delivery which means more money during peak times. However, they will no longer be eligible for a holiday allowance, pension money or insurance pay out if, for instance, they are knocked off their bike while working.

According to the company, the change was implemented at the request of Deliveroo staff themselves. One in three wants more flexibility, according to Philip Padberg, who heads Deliveroo in the Netherlands.

‘Our company has to deal with huge peaks in activity. Orders can shoot up by a factor of ten within the hour. We can predict these peaks up to a point but not entirely. But the rules tell us to allocate shifts to our contracted staff a long time beforehand,’ Padberg told RTL.

Deliveroo will be testing its new system for new employees in the province of Zuid Holland before extending it to the rest of the country.

Rival Ubereats, which already employs freelancers,  earlier came under fire for its working practices. Acting social affairs minister Lodewijk Asscher  blasted the company for taking on16-year-olds without properly explaining the legal and fiscal problems they would be encountering as freelancers.

Referring to the fact that the youngsters would be financially liable for accidents caused or suffered he told RTL ‘It is morally reprehensible to let children, below voting age, shoulder the risks of a billion euro company without informing them of the implications. You look at this and know it isn’t right.’

Ubereats has since increased the minimum age for their riders to eighteen.

The freelance scheme has been criticised elsewhere too, RTL writes. In Britain managers are allegedly discouraged to use words like ’employee’ or ‘contract’.