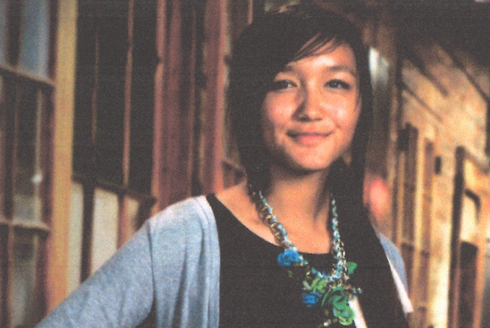 The American teenager found in Zwolle this weekend after going missing from her home in Tennessee on April 1 has agreed to return to the US after all.

Maggie Lee, who is 16, said earlier that she would not go back to the States with her mother, Sabrina, who came to the Netherlands last week to look for her daughter.

However, the Telegraaf said on Tuesday afternoon she will now go back to the US. The girl, who traveled on the passport of her 14-year-old sister, is currently in the care of Dutch social services.

Officials are now trying to work out how quickly she can be returned home and under what circumstances, the paper said.

An investigation into how Maggie was able to enter the Netherlands on another passport, and how she managed to change planes twice to get here, is now underway.

The troubled teenager, who had tried to run away to the Netherlands in February, was found in Zwolle on Saturday after a tip-off. She had apparently stayed with several boys she had met online since arriving in the Netherlands.

Maggie’s father Daniel Lee told the Telegraaf his daughter had been a model pupil but became addicted to chatting online. We thought she had been lured away by someone she met online, he said. ‘We thought she was dead.’

The family now want to know how Maggie was able to leave the US and enter the Netherlands on her sister’s passport.

‘We cannot understand how a 14-year-old – according to the passport she was using – could travel without parental permission,’ Daniel Lee told the Telegraaf. ‘Airport security and check-in staff all failed to check the photo. Her sister looks completely different. This is a major security leak.’