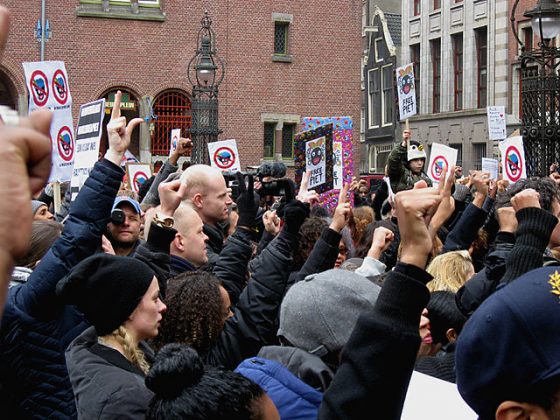 The physical characteristics of Sinterklaas’ helper Zwarte Piet have to be laid down in law, according to PVV media and culture spokesman Martin Bosma.

In a rare interview with the AD on Wednesday, Bosma stated that the proposed legislation is part of a wider offensive to safeguard ‘the Dutch national identity’ which he said is being ‘attacked and ruined’

Bosma will argue in favour of the draft legislation in parliament on Thursday, the AD said.

The Zwarte Piet discussion is a recurring one in the Netherlands. Sinterklaas’ helper is controversial for the way he is traditionally portrayed by white people in blackface make-up.

Bosma places the discussion about Zwarte Piet in the context of a general attack on Dutch history and culture but is quick to link this to ‘a demanding minority of Muslims’ which, according to Bosma, is forcing its rules onto a majority.

‘Immigration and identity were long considered not to be serious themes in election debates. (..) I hear people saying: my children must learn English properly because they may have to emigrate. And we are accepting that this thought is beginning to gain ground,’ Bosma told the paper.

The PVV ideologue, who denied he’s a racist, said he ‘doesn’t know’ whether the refugee crisis is increasing people’s fears. However, ‘multikul’, a derogatory term meaning multiculturalism’ is becoming more problematical, Bosma said.