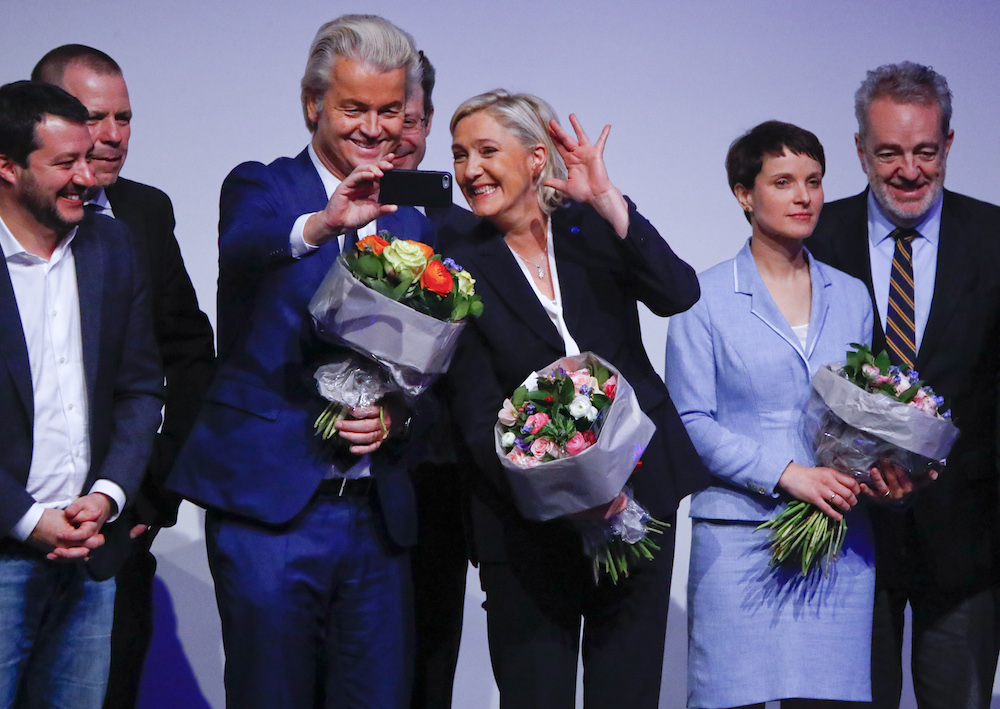 Wilders, who currently leads in several opinion polls ahead of the March 15 general election, told his audience of several hundred: ‘Yesterday a free America, today Koblenz, and tomorrow a new Europe’.

Wilders was the second speaker behind Le Pen and was introduced as ‘the man who has given up his own freedom.’

‘Ordinary people are afraid to speak their minds,’ Wilders said, to cheers from his audience. ‘Women are afraid. Women with blonde hair are afraid to let it be seen.’

The Guardian said the loudest applause came when Wilders told his audience: ‘Europe needs [AfD leader] Frauke, not Angela.’ The meeting was organised by Germany’s Alternative für Deutschland (AfD) party, under the slogan ‘Freedom for Europe’.

However, when Wilders later described himself as a ‘friend of Israel’, ‘the silence was deafening,’ the Volkskrant said.

As well as Le Pen and Petry, the meeting was attended by members of Italy’s Northern League, Belgium’s Vlaams Blok and Austria’s FPÖ. All the parties are members of the ‘Europe of Nations and Freedoms alliance’ in the European parliament.

Some Germany journalists were banned by the organisers from reporting on the meeting because they had ‘failed to meet journalistic standards in past reporting’, the Guardian said.