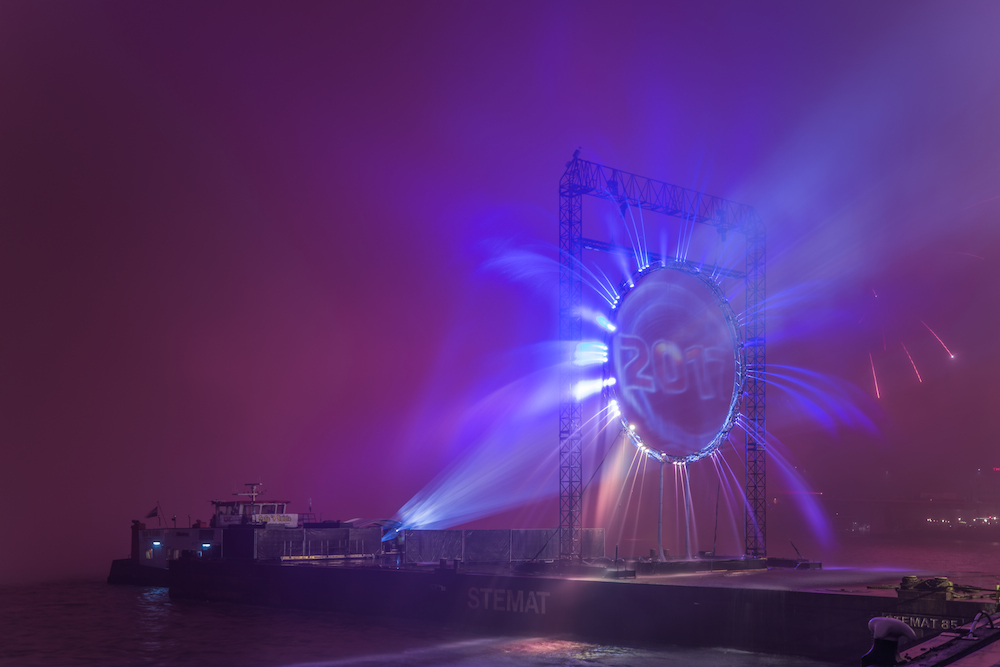 The Netherlands brought in the New Year with fewer complaints about fireworks and fewer arrests than in previous years.

There were organised firework displays in many cities, including Rotterdam, where the event traditionally takes place on the Erasmus bridge. Despite the mist, a record 60,000 people turned out to watch, the Telegraaf said.

In total, the fire brigade was called out 4,024 times during the festivities, down 563 on a year ago, the Telegraaf said.

Nevertheless, dozens of cars were set on fire around the country and some 14 people reported to the specialist eye clinic in Rotterdam after being hit by fireworks. Half of them will suffer permanent sight problems, news agency ANP reported.

In Eindhoven a school was destroyed by fire and there were car fires in Hoogezand, Oost-Souburg, Almelo, Vlissingen, Leiden and Utrecht. According to local broadcaster RTV Utrecht there were 20 car fires in the city itself.

Omroep West said the fire brigade was called out to deal with some 40 car fires in The Hague region, including four in Alphen aan den Rijn. In total, police arrested 61 people in The Hague, five more than last year.

‘There are always incidents on nights like this,’ said city mayor Jozias van Aartsen. ‘Some were more serious than others but on the whole, the New Year celebrations went well.’

In Culemborg, where six cars were destroyed in separate fires last week, two more cars went up in flames.

In Amsterdam, the fire brigade was called out to deal with 209 small fires, compared with 255 last year. More than half of the fires were in underground rubbish containers, the Parool said.

In total, 32 people were arrested in the Dutch capital. Two were picked up for aiming fireworks at firemen.

Five people were taken to hospital in Groningen after firework accidents. Two are seriously injured, including a 12-year-old boy who was hurt while causing explosions in milk churns – a local tradition known as carbid schieten

In Rotterdam, a boy of 13 was seriously injured in a shooting incident. Police have declined to give further details, broadcaster RTL News said.

In Lelystad a shop in the city centre was hit by fire as was a private home in the centre of Nijmegen. That blaze was probably caused by a stray firework and was quickly put out, broadcaster NOS said.

In the town of Elim in Drenthe, a gang of some 70 youths threw fireworks at police and two people were arrested. There were similar incidents in Vlissingen and in Dodewaard, RTL News reported.

Spending on fireworks reached €68m, some €3m up on 2015, according to the Dutch pyrotechnic association.  At the same time, the number of calls to the fireworks complaints hotline reached 45,000, which is the lowest level in five years. In 2015 there were nearly 90,000 reports of fireworks being set off before the deadline or causing a nuisance.

‘People are paying more attention to others,’ said hotline founder Arno Bonte. ‘You can see this in the firework free zones where hardly any fireworks were set off, despite the lack of monitoring.’

There was good news too for two people in Gelderland and Zeeland, who each won €15m in the New Year state lottery draw.