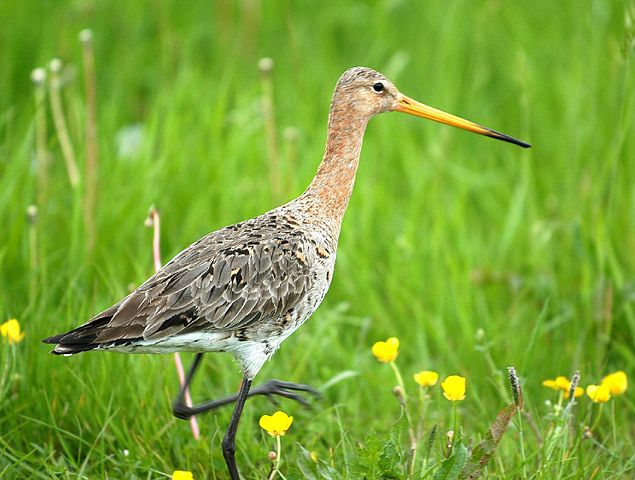 Dutch bird protection group Vogelbescherming Nederland is to make a formal complaint to the European Commission about the government’s failure to provide funds to help birds.

The lobby group argues the government is breaking EU guidelines on protecting wading birds, the Volkskrant reported on Tuesday.

Official figures show a consistent decline in the population of birds such as the black-tailed godwit and oyster catcher.

The lobby group estimates the godwit population – regarded by many as the Dutch national bird – will shrink to around 1,500 because of the loss of their natural habitat. Currently, some 85% of Europe’s godwits are thought to breed in the Netherlands.

Last week the government said there would be no extra cash to stabilise the populations, arguing that it is up to local government and farming organisations to work together to preserve habitats.

The bird lobby group has described the government’s approach as a ‘farce’. It is a ‘plan without targets, action and financial resources,’ spokesman Kees de Pater told the Volkskrant.