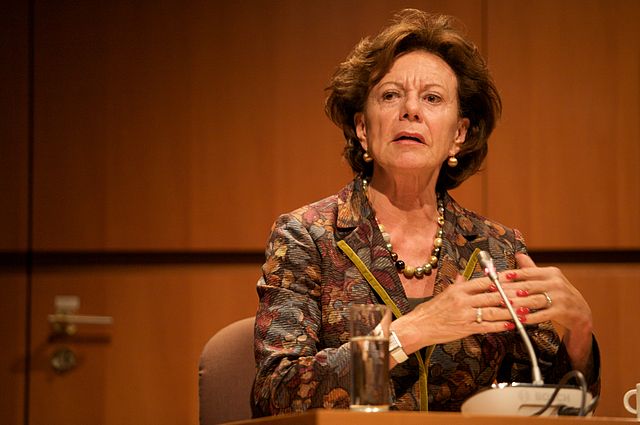 Ex-EU commissioner Neelie Kroes came under fire in several newspapers on Thursday for failing to declare she was a director in an offshore firm at the time she was appointed to the Commission.

The information comes from a leak of 1.3 million files from the Bahamas corporate registry which has revealed the names of tens of thousands of people with interests in the tax haven.

Kroes, who is now a paid advisor to Bank of America and Uber, was not allowed by the commissioners’ code of conduct to have any other roles. She did declare previous jobs at more than 60 companies, foundations and educational bodies, the Guardian said.

Kroes’ told the papers through her lawyer that formally she should have declared this directorship. He added that ‘she made her filings in good faith because she believed Mint Holdings had been liquidated in 2002, before her appointment as Europe’s antitrust watchdog.’

The Financieele Dagblad reports that in 2004, Kroes was questioned by the European parliament for failing to file about her advisory role at American defence company Lockheed Martin. She said at the time it had been a one-off job.

The Guardian also points out that before becoming anti-trust commissioner, Kroes had to pledge ‘not to engage into any business activity following the end of my term’.

Asked why Kroes had gone back on this pledge to work for Uber and others, the lawyer said Kroes had kept the pledge after completing her first term with the European Commission.

‘Instead, she was honoured with a second term in a completely different field. Having now finished her second term, she no longer feels bound by the commitment made prior to taking her first post,’ the Guardian quoted her lawyer as saying.