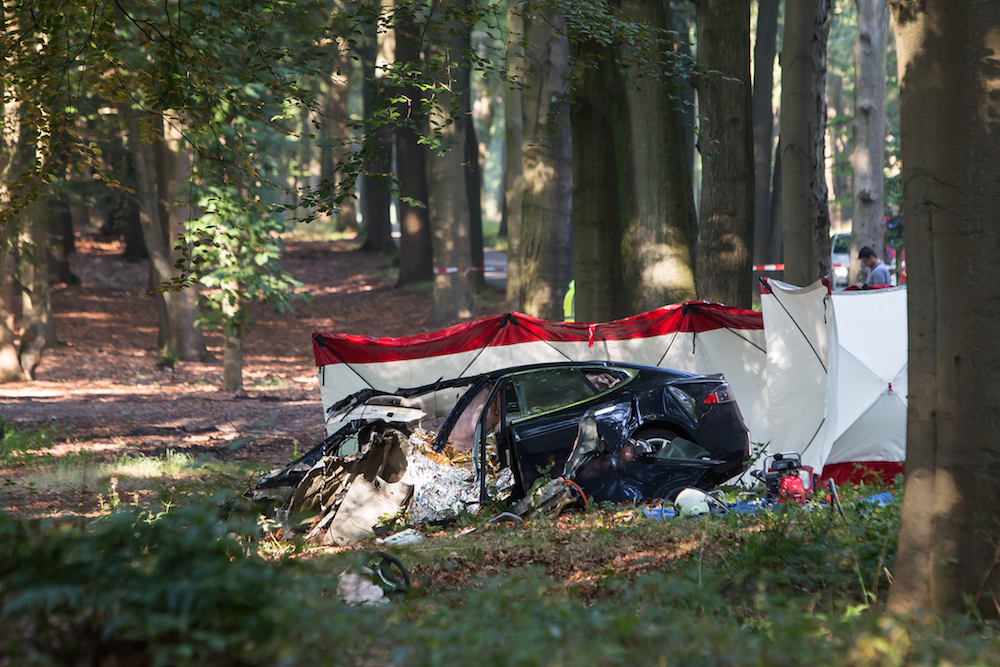 The remains of the Tesla after the fire. Photo: Caspar Huurdeman Fotografie

Car maker Tesla is involved in investigating a fatal crash near Baarn on Wednesday morning in which one man died after his electric car hit a tree at high speed.

The crash happened at around 6am on a country road. It is unclear if the autopilot function on the car had been turned on and Tesla technical staff were called to the scene to carry out checks, broadcaster NOS said.

The electric car maker said the investigation is standard procedure. ‘Tesla is looking into the accident and will share the results with the public once the results are know,’ the company said in a statement.

The body of the dead man could not be removed from the car until the afternoon because the vehicle had been so seriously damaged and emergency service workers were concerned about being electrocuted.

Eyewitnesses told RTL news the car was on fire for at least 30 minutes after the crash.

Fireman also found it hard to extinguish the fire in part of the battery which came loose during the crash and ended up on the road, NOS said.

Emergency service workers are due to hold a news conference about the crash later on Wednesday.