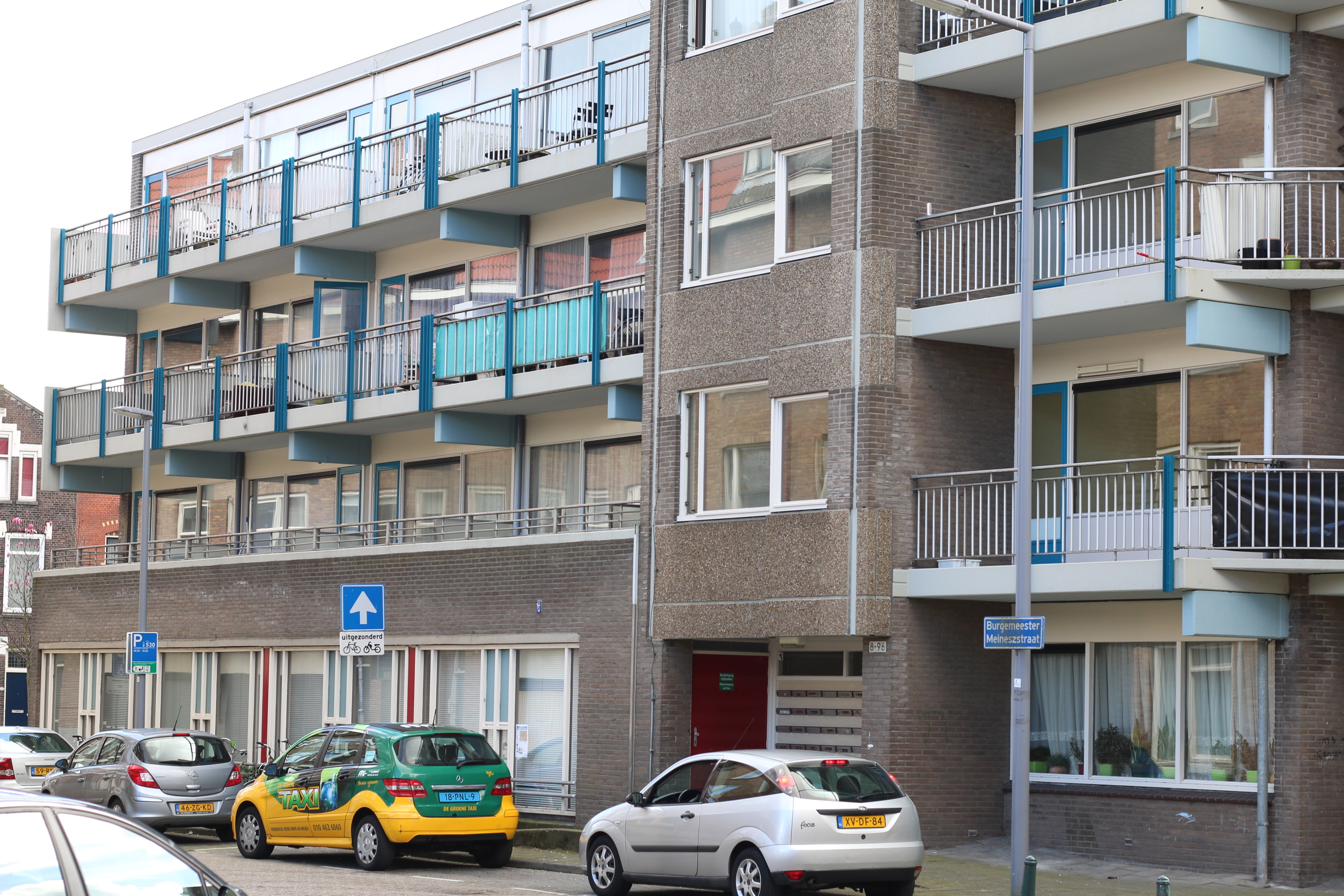 The building where Anis B lived. Photo: Graham Dockery

The area of Rotterdam where French terrorist suspect Anis B was arrested on Sunday is no Molenbeek, according to the city’s mayor Ahmed Aboutaleb, in reference to the Brussel’s district where many of Belgium’s suicide bombers lived.

‘We are the least segregated city in the Netherlands, and people live together here,’ Aboutaleb said at a meeting with residents from the city’s Nieuw-West district earlier this week.

Anis B’s neighbourhood may not have the reputation for radicalisation that Brussels’ notorious Molenbeek district has, but it is not without its problems.

‘Nobody expected this,’ social worker Arja Poot told DutchNews.nl on a quiet weekday afternoon. ‘But crime and shooting is not unusual here either.’ Poot works in a community centre right beside the block of flats where B lived. ‘Nobody saw him often or spoke to him much, but when they did he was pretty normal and friendly,’ she added.

B was arrested in the street as he left his apartment late on Sunday. The arrest was made at the request of French authorities, who had discovered links between him and suspected terrorist Reda Kriket, and believed the two to be plotting an attack in France.

‘The neighbourhood is a little rough,’ said Esther WIllems, a resident who runs language courses in another community centre nearby. ‘The police are here a lot because of drug dealing, and there were some gunshots around a month ago, but things are getting better.’

Some residents of Nieuw-West, however, are less optimistic about the situation. Jackie Qureshi is a Pakistani shopkeeper, who said that crime in the area is commonplace.

‘There’s lots of guns. The shoe shop behind here was robbed by five guys with a stun gun last month, and we had a customer who couldn’t afford his groceries one day. He offered me his gun until he could come back with some money.’

‘There were never any arrests for the robbery,’ he said. ‘The police just told me “you have a big store, you should be more careful”.’

‘Now I’m always afraid when I’m closing. I have a family and child to go home to, and I’d like to see more police on the streets here.’

As Jackie spoke, several police cars rolled by outside, as well as one foot patrol, and two officers on bikes.

‘I think that there are some people who are always scared, no matter what’s happening,’ said Willems. ‘Lots of people I meet here are always talking about how frightening the world is.’

‘When I moved here 12 years ago lots of people told me this was a dangerous city, but certain areas of all cities are. When the immigrants came, I think a lot of old Dutch people who stayed in this area felt like they were losing their community. Now more and more Dutch people are buying property here again, and the place is improving.’

Many of Nieuw-West’s Turkish and Moroccan immigrants have lived here since the 1960s, and were part of the second wave of immigration to the country after World War II. Apart from them, the neighbourhood is home to immigrants from over twelve different countries.

‘We’re somewhere in between an open and a closed community,’ said Poot. ‘The community centre organises Dutch lessons, and people can come here to meet and get to know their neighbours, but there are always people who don’t want to connect and integrate.’

‘For a lot of people here, life is sometimes difficult. Many people struggle in education and can’t find work’ she said. Rotterdam has the highest unemployment rate of the Netherlands’ biggest cities. 12% of Rotterdammers are unemployed, while the national average is 6.5%.

Around the corner from Anis B’s apartment, the An-Nasr Mosque has occupied the former Mathenesser Church building since 1982, a visible illustration of the changing demographics of the city.

The streets surrounding the Mosque are lined with Halal butchers, sisha lounges, and shops selling Islamic clothing and accessories.

The arrest of Anis B. and his accomplices shocked residents like Arja Poot, who had never associated the area’s Muslim population with jihadi activity before. ‘People come and go though,’ she said. ‘Plenty of people stay here, but some only stay a while and we don’t know them very well.’

No representatives of the neighbourhood’s Muslim community were willing to speak with DutchNews.nl. Both the local imam and a representative of the Al Quds cultural centre declined to speak to the media.

Poot praised the police’s involvement with residents. ‘We have a neighbourhood cop who comes here all the time and knows the people very well, and I think that’s important in a community like this,’ she said.

On Wednesday, a court in Rotterdam extended the custody of two of the men arrested on Sunday. One other man was released. Meanwhile, police carried out another raid in the early hours of the morning, this time in the eastern Kralingen district of Rotterdam.

No arrests were made, but police seized a computer and some paperwork.

Anis B remains in custody, and plans to fight his extradition to France.