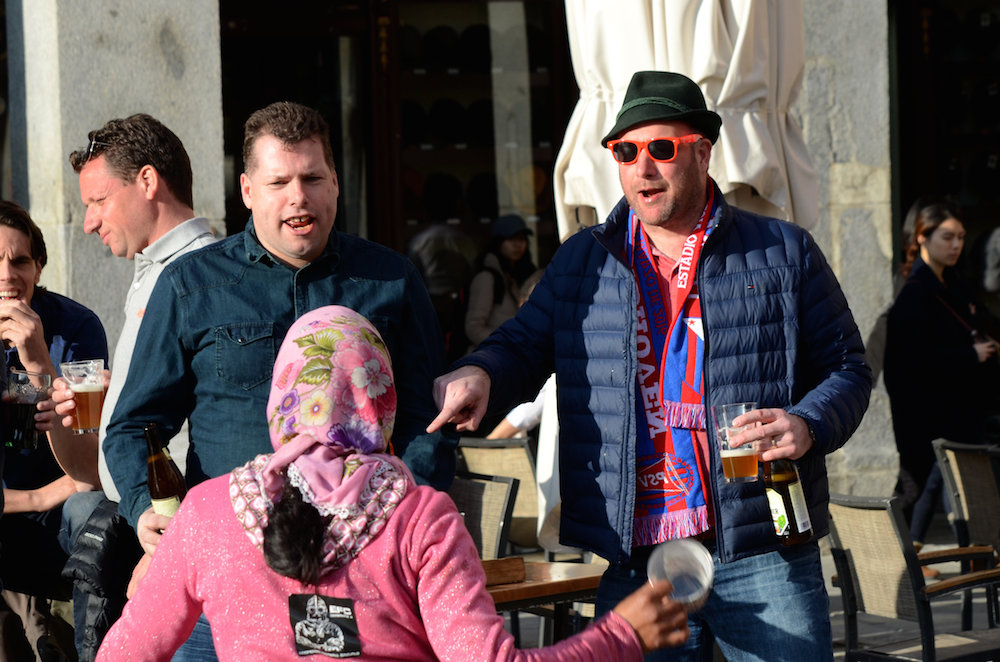 A PSV supporter argues with a beggar in Madrid. Photo: Zuma Press /HH

The footage, shot by cub reporters at El País newspaper, shows PSV supporters demanding the women get down on their knees and do push-ups in exchange for the coins.

In spite of several bystanders trying to intervene, shouts of ‘olé’ whenever money was thrown continued. Teacher Ángel Rendón, who witnessed the scene with some of his pupils, said the women ‘were treated like animals’. ‘They were fighting over the money while the Dutch were laughing,’ he said.


The police put a stop to the disturbance by taking the women away while the fans ‘kept drinking and laughing’, El País said.

PSV director Toon Gerbrands described the fans’ behaviour as ‘scandalous’. ‘The actions of a few individuals are damaging the reputation of the whole group,’ he said.