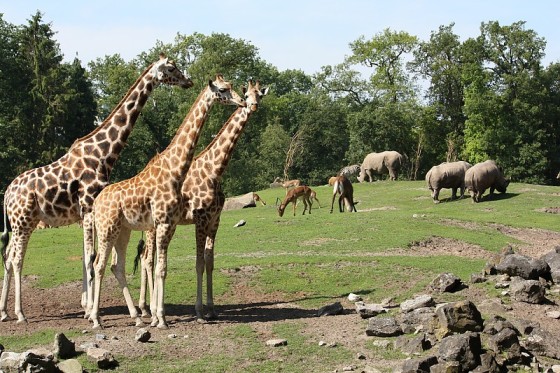 Emmen zoo closes its doors at 16.30 on Thursday, 80 years after it first opened. The zoo will reopen at a new, bigger location outside the town in March.

‘We had to do something,’ said spokeswoman Hanneke Wijshake. ‘We were squashed in between the houses and could not expand.’

The decision to move to a new location was taken several years ago. The new zoo will be renamed Wildlands Adventure Zoo and will have bigger enclosures for the animals.

The first of them, such as the tigers and panthers, have already been moved to their new home. ‘They will have to get used to their new situation, which is why we are taking three months to reopen,’ Wijshake said.

Visitors to the old zoo on its last day of opening told broadcaster Nos they would miss having animals in the heart of the town. ‘We’ve no idea what the new one will be like,’ said one grandfather who made the trip from Friesland to Emmen once a year.

‘It is such a lovely park with old trees,’ said another. ‘We know it so well and I’m sorry it is going.’

Reina Lubbers, whose garden backs on to the zoo, has listened to the sounds of the animals since she was born. She told the NRC about how escaped monkeys climbed into the guttering on her roof.

According to the NRC, the new zoo has cost some €200m and will have three thematic areas: Jungola (tropical jungle), Seranga (savanna) and Nortica (polar landscape).

The entrance fee will be €29 and some question whether it will manage to attract the necessary 1.3 million visitors a year.

The number of different types of animals and birds is also being reduced from 300 to 100. Most have been found new homes – the sharks are going to England for example – but some are still on the rehousing list, including a pecari and seven monkeys.