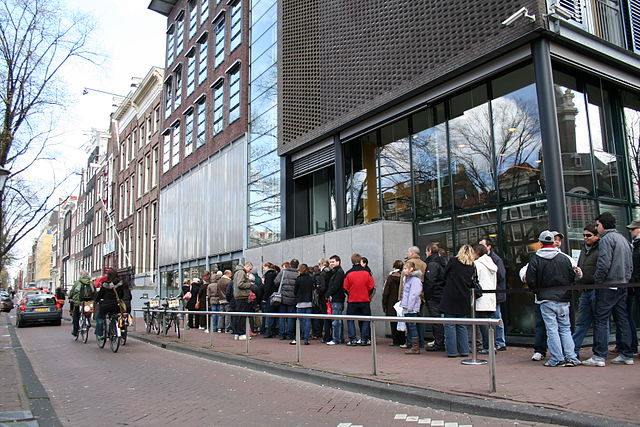 The original text of Anne Frank’s famous World War II diaries may be copied for academic research, judges in Amsterdam said on Tuesday.

The court said that in this case at least, scientific freedom is more important than protecting copyright and that Anne’s legacy as a writer is of great historical and social importance.

‘The fund would appear to be claiming the right to determine what sort of scientific research takes place and that right is not protected by copyright laws,’ the court said in its ruling.

In addition, the new publication, which the foundation plans to produce together with the Dutch academy of the arts and sciences, would only involve a few copies and limited number of researchers, the court said.

However, the ruling does not have an impact on another dispute between the two charities over plans by the Amsterdam group to publish a new version of the diaries.

Legally, copyright expires 70 years after the death of the author and Anne died in the Bergen-Belsen concentration camp in February 1945, giving rise to claims that copyright on her work would expire in January 2016.

However, the two organisations have now agreed the copyright will expire in 2037, 50 years after the publication of a new, complete version of the diaries in 1987, the Amsterdam court said in a statement.