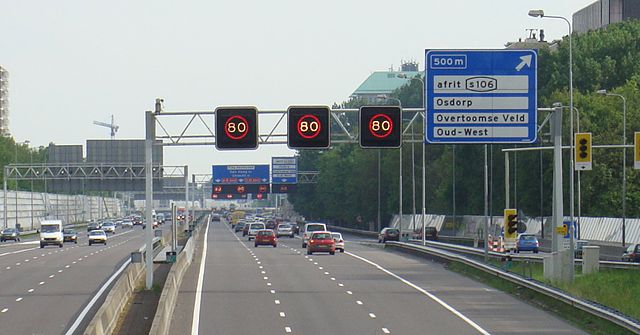 The photographs are used to track stolen cars, suspicious persons, non-payment of fines and company car drivers, the paper says.

The paper bases its claims on documents involved in a court case brought by a company car driver against the tax office which kicks off in The Hague today.

The driver accuses the tax office of a mass invasion of privacy by taking so many photographs, which it uses to check if company car drivers are avoiding tax on their vehicles.

The licence plates are checked against an automatic number plate recognition system and compared with lists of stolen cars and cars known to belong to ‘suspicious’ persons. But they are also passed on to the tax office which monitors the private use of cars by company car drivers.

People who use their company cars to drive more than 500 kilometres a year privately have to pay tax on the vehicles of up to 20% of the catalogue value.

Of the three billion photographs taken, some seven million end up in a database of car photographs, which can be kept for up to seven years.

Last year, the appeal court in Den Bosch ruled a company which enables people to pay for car parking by mobile phone must hand over client details to the tax office so their movements can be tracked.

The court acknowledged that handing over the information does conflict with privacy legislation but said this is outweighed by the public interest and need to levy correct amounts of tax.

Tax inspectors also use cars fitted with special scanners in an effort to track down people who use their company cars for private business. Festivals, out-of-town shopping centres, sports events and other popular destinations are targeted in particular.