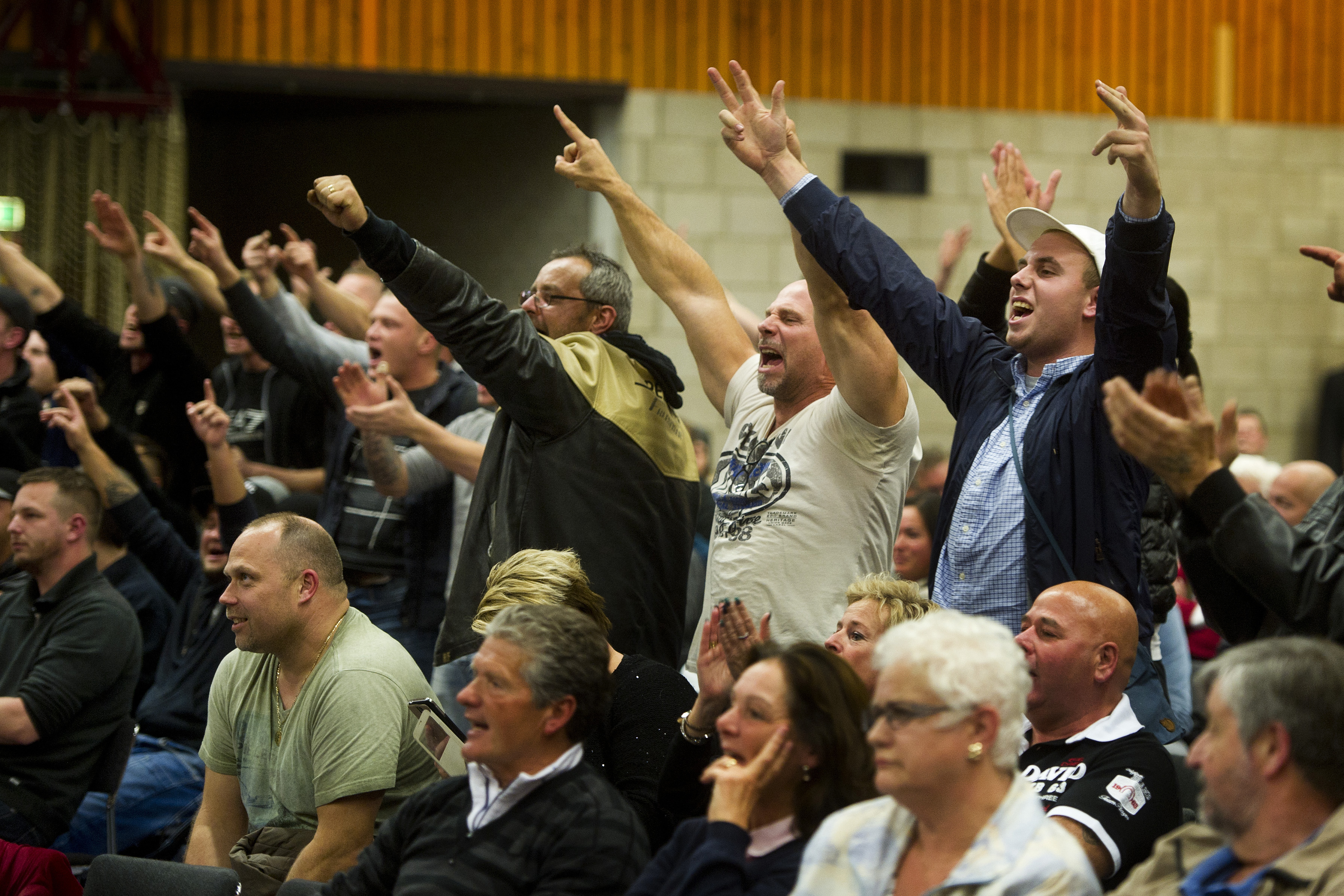 Some 600 protestors attended a meeting in the Noord-Brabant town of Steenburgen on Wednesday to discuss plans to set up a refugee centre in the town of some 24,000 people.

The mayor had given police special emergency powers to carry out stop and search operations and remove people from the locality of the meeting because of expected trouble by football hooligans.

The council wants to provide accommodation to some 600 refugees, but opponents say they are concerned about the impact on their house prices. They carried banners demanding ‘no AZC’ in Steenburgen. AZC is an acronym for asylum seekers centre.

‘Parents, think of your children. Join the resistance’, read one banner. Others carried the Dutch flag emblazoned with ‘No AZC’.

Although some of the anti-refugee supporters had clearly come from Rotterdam, the feared arrival of Feyenoord football hooligans did not take place, news agency ANP says.

Some groups of protesters claimed they were worried about the economic motives of refugees, others said they feared the town would become less safe and that refugees had different norms and values.

Mayor Joseph Vos was drowned out by boos when he tried to address the crowd and one woman who said she was in favour was shouted down and sworn at, the Volkskrant says.

Dasja Abresch told RTL news later that she had done her duty by addressing the meeting, despite the fact a stone had been thrown through the window of her home several days ago.

At the end of the meeting, the crowds dispersed peacefully, the Volkskrant says.

Earlier this month police had to intervene to break up pro and anti groups.