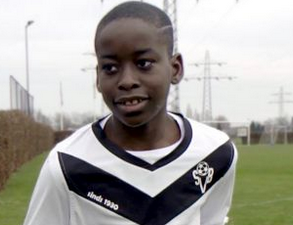 MPs and child rights advocates have launched a last-ditch campaign to win residency rights for two children who are threatened with deportation to Angola, even though one was born in the Netherlands 13 years ago.

The justice ministry wants to deport Gláucio (13) and Márcia (18) because their father was in the army during the Angolan civil war. This makes him a potential war criminal and ineligible for refugee status.

Because their father, who has never faced any charges, is not an official refugee, the children do not fall under the amnesty for children who have lived in the Netherlands for at least six years.

The family was picked up at their home last week in the early hours of the morning and are set to be deported in the next few days.

GroenLinks, Socialist and ChristenUnie MPs are have called on the government to reconsider. The children do not speak Portuguese and Glaucio has lived in the Netherlands his entire life, they point out. Marcia was also about to start studying for a law degree at Erasmus University.

Aid group Defence for Children has also said it does not understand why the teenagers are being deported and has called for a mass demonstration at the Zeist deportation centre on Monday. Supporters have also launched an online petition.

MPs from the ruling Labour party have declined to comment on the case, broadcaster Nos said.