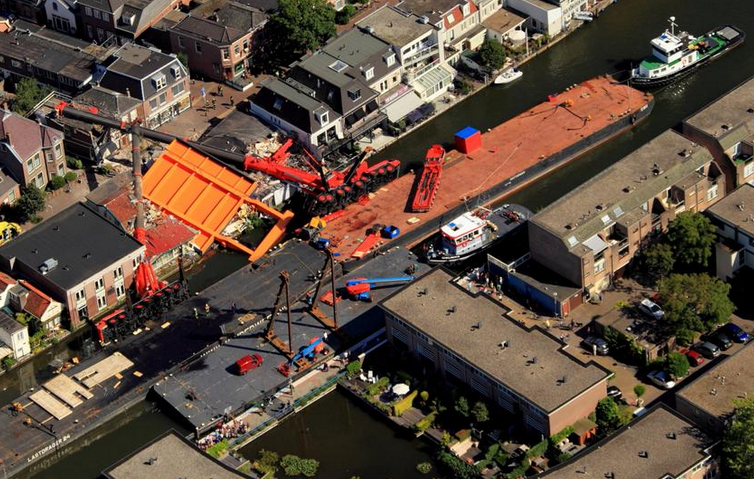 It is still unclear how many people were injured in Monday’s accident involving two cranes on a pontoon in Alphen aan den Rijn, town officials said on Monday evening.

Earlier, officials said 20 people were injured when the cranes, which were carrying part of a new bridge, toppled over, hitting the buildings in the town centre.

That total now appears to have been an over-estimation, news agency ANP says. So far one man has been freed from under the rubble and emergency service workers are searching for other victims.

In total, the residents of 51 properties have been told they cannot sleep at home on Monday night, broadcaster Nos says. In addition, a number of properties are without gas supplies because the gas has been switched off following a leak.

Alphen aan den Rijn mayor Liesbeth Spies has returned from holiday to deal with the crisis.

The accident happened at the Juliana bridge, which is undergoing extensive renovation, broadcaster Nos said. The piece of bridge and the cranes hit a shop selling second-hand goods and a shop selling artists’ supplies as well as other properties.