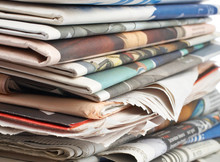 The Netherlands and Poland are launch a Russian-language news agency in order to counter Russian propaganda, website EUObserver reported on Tuesday.

Dutch foreign minister Bert Koenders told reporters in Brussels the project will ‘give the tools and the capacities for Russian language [media] and Russian social media to work on the basis of objective information’, the website said.

There is broad support among EU foreign ministers for the initiative, Koenders is quoted as saying.

A fund-raising conference will be held in Warsaw in September and the Netherlands will host a follow-up conference later, EUObserver said. The aim is to have the agency up and running by next year.

The initiative follows a report on counter propaganda commissioned by the Netherlands from the European Endowment for Democracy (EED), in Brussels in the wake of the MH17 disaster.

The plane was shot down in eastern Ukraine, probably by pro-Russian rebels. However, Russian officials and media have consistently published conspiracy theories blaming Ukraine.