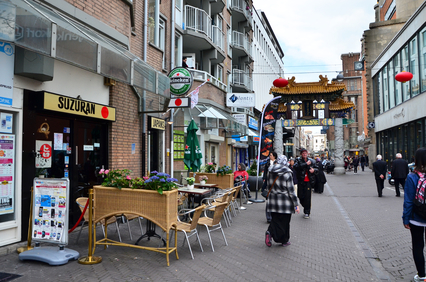 Fake job applications sent to employers in The Hague show that people with a ‘white’ Dutch name are almost twice as likely to be invited for an interview as someone with a Moroccan-sounding name, according to research for the city council.

Around half of the city’s residents have an ethnic minority background and the council wanted to assess whether they have the same opportunities on the jobs market as their white peers.

Almost 13% of The Hague’s residents with a minority background are jobless, compared with 4.6% of the native Dutch. Surinamese Hindustanis make up the biggest ethnic group.

The research also showed that when the ethnic minority job applicants added an extra two years of work experience and additional training to their cvs, as well as volunteer work and other activities, they were as equally likely to be invited for an interview as their white peers.

Council alderman Rabin Baldeswingh described the results as disturbing and said he will now draw up a strategy to improve the integration of migrants in The Hague, broadcaster Nos reports.

Earlier this year, prime minister Mark Rutte told Metro newspaper that he is aware ‘it does matter if you apply for a job as Mohammed or Jan’.

‘The paradox is that the solution lies with Mohammed,’ he said. ‘Newcomers have always had to adapt and always had to deal with prejudice. You have to fight your way in.’