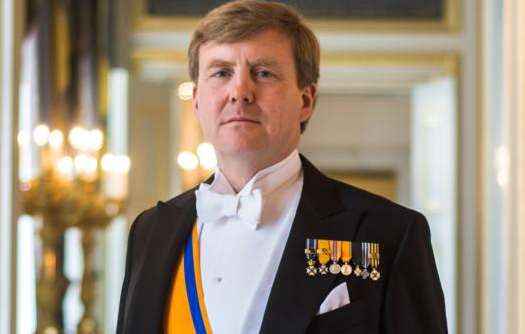 An anti-monarchy campaigner is being take to court for insulting the Dutch royal family at a rally in Amsterdam last year.

Abulkasim Al-Jaberi was arrested at a demonstration against Zwarte Piet for shouting ‘fuck the king, fuck the queen and fuck the monarchy’. The arrest was captured on film by local broadcaster AT5.

Al-Jaberi’s lawyer Willem Jebbink said the arrest was ‘out of all proportion’.

‘He was removed from the stage by police,’ Jebbink said. ‘The police and public prosecution department do not understand freedom of speech or freedom to demonstrate.’

The arrest was ordered by Amsterdam’s mayor Eberhard van der Laan but he reportedly said at the time he had doubts about whether the outburst was a crime. ‘It is a very crass comment, but should it be a criminal offence?’ the mayor is quoted as saying by the Volkskrant.

Jebbink said he will call king Willem-Alexander and queen Máxima as witnesses. ‘We want to ask them if they feel personally insulted or if they support freedom of speech for their subjects,’ he said.

Al-Jaberi is due to appear in court in Amsterdam on May 27 after refusing to accept an out of court deal involving a €500 fine.

The decision to prosecute Al-Jaberi has led to a storm of protest on social media, with the #fuckdekoning hashtag being retweeted thousands of times within a few hours.

However, the hashtag failed to be included in the list of trending topics, leading some people to ask if Twitter was acting as a censor.

Al-Jaberi is being prosecuted for lèse-majesté, which means the crime of ‘violating majesty’ – an offence against the dignity of the monarch. The Netherlands is one of the few country’s in Europe to have such a crime, for which the maximum sentence is five years in jail.