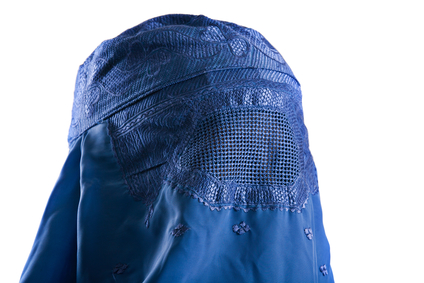 The Dutch cabinet is planning to introduce a ban on the wearing of Islamic burqas in public buildings and on public transport, RTL news reports.

The idea was included in the 2012 coalition agreement and home affairs minister Ronald Plasterk will discuss his concept with ministers shortly, the broadcaster says.

The aim of the legislation is to establish ‘clear norms’ and to emphasis that ‘open communication’ is part of Dutch society, sources told the broadcaster. The maximum fine will be €405.

The previous cabinet had been planning a total ban on burqas but this proposal does not go that far. The face-covering garment will be banned on public transport, in schools and colleges, in hospitals and in all government buildings, the sources said.

These are places where everyone needs to show their face for reasons of security and public service, the sources said.

Women will not be banned from wearing burqas on the street or in private care institutions.

Plasterk has already been discussing the idea with other ministers and Muslim organisations to assess their support. No more than 200 women in the Netherlands are thought to wear the full Islamic outfit.

In 2012, when a total ban was being discussed, the Council of State said it is not up to the government to determine what women can wear.

In addition, there are enough other laws to ensure public safety without banning the burqa, the government’s highest advisory body said.

Opposition MPs have described the proposed ban as purely symbolic, while Geert Wilders, leader of the anti-Islam PVV, says it does not go far enough.