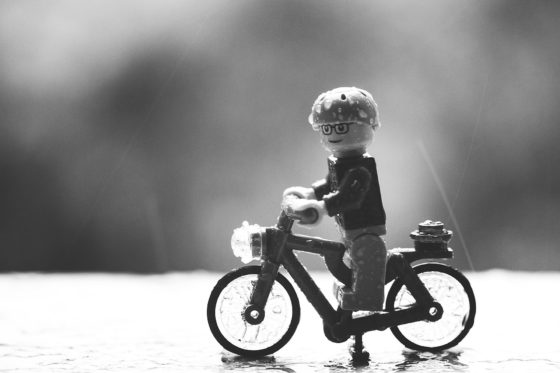 Myla Brouwer’s mother is single and lives on a disability allowance. Buying a bicycle for her daughter, she told Dutch travellers’ association ANWB, was out of her reach.

All of Myla’s friends had bikes, as most children in the Netherlands do. Without one, Myla was excluded from much of the social life that is so common in this flat, bike-riding country.

Enter ANWB’s Children’s Bicycle Plan, which collects used bikes, fixes them up and distributes them through a nationwide network of local authorities and non-profit organisations to less privileged kids. Its goal? A bicycle for every child.

‘It’s our way of contributing to the mobility of children, especially those who grow up in families without enough money to even buy a bicycle,’ says ANWB spokeswoman Annelies Tichelaar. ‘To have a bike in the Netherlands means freedom, the ability to get to school and clubs, to be with friends and participate in society. It is the right of children to get around.’

ANWB started the programme in 2015 after receiving a request for bicycles from an organisation in Rotterdam South that found many children could not get to its after school activities because they had no bikes or money for public transport. More than 10,000 children in Rotterdam still do not own bikes, according to the municipality. ANWB distributed 40 bicycles in that first year.

This year, it has already collected some 5,500 bicycles, but Tichelaar says this is not enough, especially in the current economic climate. ‘The need is much greater than this. Every week, we get requests for bicycles from all over the country.’

Erik Spijker, the sports coordinator at Rotterdam’s Jeugdfonds Sport & Cultuur (Youth Fund Sport & Culture), says one in five children in Rotterdam grows up in poverty. The national average is one in 14, or two children in every school class, according to the CBS Dutch statistics office. ‘It’s necessary to do something for these kids,’ he says. ‘In poverty, you miss out on lots of social skills and education, making it hard to achieve your maximum potential.’

In a country whose children consistently rank among the happiest in global studies, riding a bicycle appears to play a role. ‘Fostering independence is the Dutch way, and biking helps,’ says Professor Ruut Veenhoven, director of the World Database of Happiness. ‘When it rains, you get wet. But it’s better to be in the rain now and then than always be in the back of mommy’s car.’

For Myla, her revamped bright pink bike with the heart-themed wheel guards allows her to go out with her friends and cycle to the library.

‘It is also more convenient for me when shopping, that she can now cycle next to me,’ the proud mother told ANWB. ‘The bicycle has really enriched her and our lives. It’s just a gift from heaven.’

For more information about donating a children’s bike, see the ANWB site.