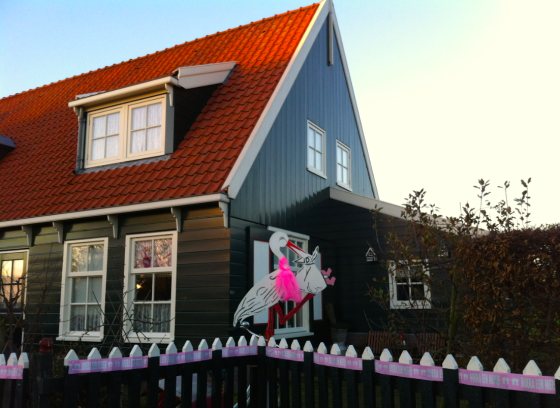 With rain at home and the prospects for summer breaks abroad still open to question, why not catch up on some Dutch culture instead? Back by popular demand – the DutchNews.nl inburgering course.

Lesson 22: What you need to know about having a baby in the Netherlands

The Netherlands is notorious for its painkiller-free home births. But there are lots of other essential things you need to know to make sure you have a baby the Dutch way.


The home birth
We’ll get this out of the way first. You can have your baby in a hospital. A generation ago, 60% of the Dutch were born at home but that has now dropped to around 20%. There are all sorts of reasons for this – complicated calculations about perinatal death rates, local hospital closures, changing fashions – but we like to think having the option of pain relief might also play a role. The Dutch think pain is part of the process, which it is, but it is also a part which many of us would like to be able to avoid.

The placenta
This is one thing nobody tells you about a home birth. What happens to the placenta? If you are a bit of an earth mother you can always eat it, but if you are not, the midwife will present it to you in a plastic bag to put out with the other rubbish. Seriously.

The maternity nurse
When Dutch women have a baby, a kraamverzorgster comes to their home for a week or so to help with the new-born. This is an amazing institution (paid for by health insurance). Help with breastfeeding, nappies, bathing, pouring cups of coffee for the people who come to coo over little Daan or Sophie, she does it all. The kraamverzorgster may well be the reason new dads in the Netherlands are only allowed a couple of days unpaid leave. Not only has he been usurped by the new baby, but the nurse is doing all the other leaky stuff.

Registering your child
By law, the arrival of your offspring has to be reported to officialdom within three days. Either a parent or someone else who witnessed the event is supposed to do this. Your baby will then get a birth certificate and its very own BSN – burgerservicenummer – the key to all things official in the Netherlands. If you are not married and you are both foreign it may be complicated to get the dad’s name on the official documents. We have heard too many horror stories and suggest you ask a lawyer.

Naming your child
Do not think you are free to name your child just any old thing. Oh no. There are rules about this. According to the government’s website, it should not be a swear word, a name which can open the child to ridicule or a combination of lots of names. And the civil servant behind the counter can refuse to accept the name if they think it unsuitable.

We wonder if civil servants were sleeping when they approved the registration of little Ridley-Scott, Alpacino and Lexus, or footballer Wesley Sneijder’s son Xess Xava Sneijder. Your child may take either the mother or father’s surname but not both. Despite this discouragement of double-barrelled names, there was a Dutch government minister whose surname was the four-barrelled Schultz van Haegen-Maas Geesteranus.

Kraambezoek
Going on kraambezoek – the Dutch have a word for visiting a new mother and her baby – is an institution. Expect all sorts of people – including your boss – to drop round with a soft toy for the baby, when you would much prefer a bottle of whiskey. If you wish to discourage visitors at certain times, you can include this on the birth announcement card. ‘Charlotte and Emma are resting between 2pm and 4pm’ might not mean you are actually dozing off, but it will give you a couple of hours to catch up on the laundry.

New baby traditions
Beschuit met muisjes are traditionally handed out at work by new dads. Take a Dutch crispbake, spread it with margarine and pour on the aniseed sprinkles – blue for a boy and pink for a girl.  It is very rude to refuse beschuit met muisjes when offered by the proud parent. We know of one foreign worker who had to empty half a drawer full of pink and blue crumbs when she left her job. You can often spot households where there is a new baby by the wooden stork in the garden or the pink and blue bunting.

Papadag
Papadag is the increasingly popular term to describe the day of the week which some fathers take off from work to look after their offspring – often as part of the paternity leave allowance. According to the national statistics office, around 13% of young fathers take advantage of their legal right to spend one day a week (unpaid) looking after their children. Mothers complain that the washing, ironing and other chores never get done on papadag.

Growing up
Surveys by the United Nations and others repeatedly show that Dutch children are among the happiest in the world. So you’ve picked the right place to reproduce.