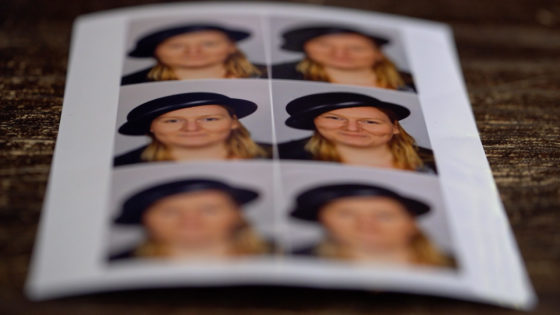 Photo: A still from I Pastafari

It might sound outlandish, but Pastafarianism has become a worldwide phenomenon. Filmmaker Mike Arthur spent three years studying the unusual religion for I, Pastafari: A Flying Spaghetti Monster Story while living in the Netherlands. This weekend, the documentary will have its European debut at the 2020 DocFeed Film Festival in Eindhoven.

They worship a flying monster made of spaghetti, often wear colanders on their heads, and believe that climate change is being caused by the planet’s dwindling pirate population.

Pastafarians both here in the Netherlands and elsewhere around the world might sound like pranksters with too much time on their hands, but their dogma has become a lightning rod for ongoing debates and even high-profile court cases.

About three years ago, American filmmaker Mike Arthur got swept up into all of this. That’s around the time he moved to the Netherlands and began looking for a new film project to work on. He learned about a group of Dutch Pastafarians who were involved in a series of battles to get legal recognition for their religion.

‘I found out there was a trial going on with this Dutch guy who wanted to wear a colander on his head in his state ID photo,’ Arthur said. ‘I contacted him, and it turns out that you can film trials in the Netherlands.’

While his Dutch skills were limited at the time, Arthur went to the courthouse with his camera and became fascinated by the plaintiff, the lawyers, and several judges debating what can and cannot be considered an official religion…and whether a colander can double as religious attire. He soon realised he’d found a great topic for his next project. 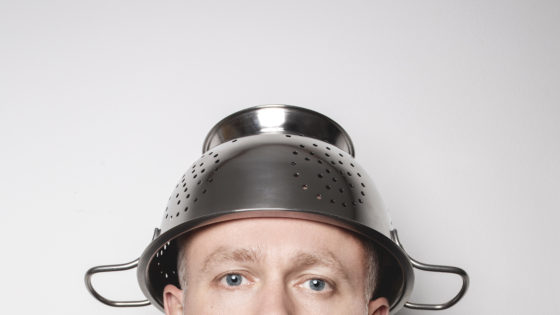 Arthur’s project led him on a series of treks around Europe and beyond to interview other Pastafarians, legal experts, and professors. The end result, I, Pastafari: A Flying Spaghetti Monster Story, has already screened at several film festivals in the United States and was dubbed ‘a smart, funny but above all thought-provoking documentary’ in a review from The Guardian.

Pastafarianism was founded by an American named Bobby Henderson in 2005 as a response to a controversial Kansas State Board of Education hearing debating whether or not to start teaching intelligent design along with evolution in public schools.

Henderson outlined a few of the core beliefs of his alleged religion in a satirical letter to the board, which included claims that a Flying Spaghetti Monster had created the universe and was using his ‘noodly appendage’ to interfere with any scientist involved with carbon dating.

As outrageous as all that might sound, Henderson was convinced Pastafarianism was no less ridiculous than intelligent design. Needless to say, his letter was ignored by the board in Kansas. He later posted it online where it quickly began attracting media attention and capturing the imaginations of people around the world.

This led to Henderson further expanding the religion’s gospel, which now includes even wilder accounts of pirates being the first Pastafarians and an afterlife where followers will be rewarded with strippers and a volcano that spews beer instead of lava. The religion has become sort of ‘open source’ with followers adding their own traditions and other elements to the lore.

While it may have begun as satire, Pastafarianism has become what is arguably an actual religion with thousands of followers around the world. It’s now an officially recognised religion in New Zealand where followers can get married by church officials, often while dressed as pirates. The religion and its followers also often pop up whenever an American school board considers incorporating Creationism into their curriculum.

‘I love that Pastafarians have brought up these debates but in a completely unique way,’ Arthur said. ‘They kind of trick you into thinking critically about these things for yourself.’

In 2007, Pastafarians were credited with convincing a school board in Polk County, Florida to give up efforts to teach intelligent design in their district. Now here in Europe, other followers are fighting for their rights.

Freedom of religion. And pasta.

Arthur’s documentary primarily focuses on four Pastafarians who live in Germany, Austria, and the Netherlands. They’ve each found themselves involved in legal battles with their respective governments to have their religion officially recognised in various ways. Here in the Netherlands, he met Mienke de Wilde, a law student in Nijmegen turned author and lecturer as well as another Pastafarian from Eindhoven.

De Wilde has been involved in a series of legal disputes that have drawn headlines in publications across the globe. She’s determined to wear a colander in state issued ID cards like her passport and driver’s licence. De Wilde’s case is currently awaiting a decision from the European court of human rights. It should be revealed sometime next year.

The case may be combined with the efforts of Niko Alm, a former member of Austrian Parliament who is credited with coming up with the whole colander thing in the first place. He won battles to get his own colander featured in his state ID, but he hopes to also have Pastafarianism deemed an official religion in Austria.

While these three Pastafarians might seem eccentric, they have nothing up on a German minister who calls himself ‘Bruder Spaghettus.’

‘He created the first physical Church of the Flying Spaghetti Monster outside of Berlin,’ Arthur said. ‘When I went to see him it was amazing to watch all these rituals like the noodle mass, which is a church service, basically. He uses it to point out some very serious and profound issues but in a light-hearted way.’

When he’s not leading intentionally humorous services that involve spaghetti-themed psalms and artifacts, Bruder Spaghettus often appears in the German press where he uses his faith as a launching point to discuss the role of religion in government and elsewhere.

He’s also fought to have Pastafarianism recognised in Germany and has held services in front of Berlin’s iconic Brandenburg Gate where he’s conducted sacraments that involve handing out noodles.

‘While humour is very much an essential tenet of their faith, they preach ideas about how to solve society’s woes,’ Arthur said. ‘They do have ethics behind their theories, their stories, and their jokes. It’s become impossible to distinguish between what’s a fake religion and a real religion.’

Arthur plans to continue sending his documentary out to festivals and hopes to gradually develop it into a full-length feature film. You can learn more about the ongoing project via the I, Pastafari website

I Pastafari will have its European debut at the 2020 DocFeed Film Festival in Eindhoven on Sunday, 16 February.