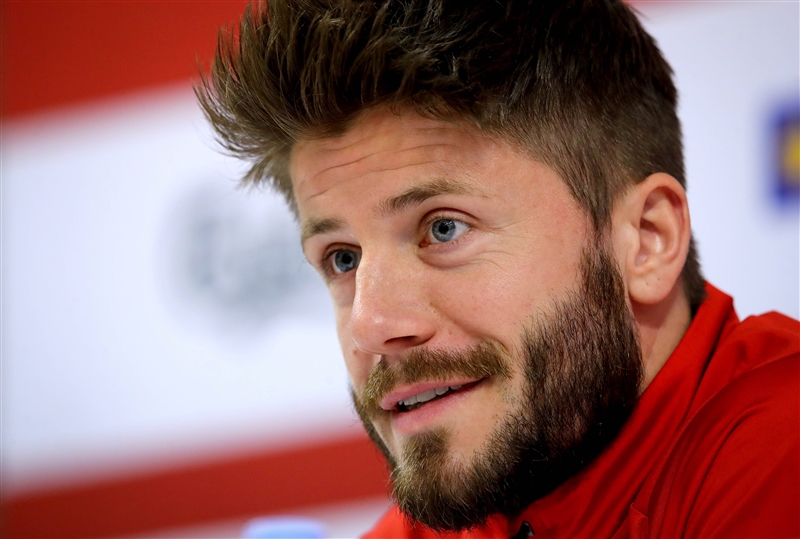 Danish national Lasse Schöne has played midfield for Ajax since 2012 but is now off to Genoa on a two-year contract. In a 10 Questions interview before the move had been finalised, he told DutchNews.nl that the Netherlands will always be his home.

How did you end up in the Netherlands?
The short and boring answer is that I got scouted when I was 16. There was a tournament in Denmark with all the best players of a certain age and there were a lot of scouts from around Europe and I got picked out. My mum thought it was a horrible idea and my dad said “well, let him go, and if in a year he is miserable and he wants to come back, then he can”.

After my mum met the family I lived with in Heerenveen and saw where I was going to live, she realised they would take good care of me. And Heerenveen was not Amsterdam. No temptations at all!

It was the perfect way to go to another country at a young age. I lived with a great family whom I still have a lot of contact with. It was almost like I was living at home, but just with different parents and that helped a lot. I think if you are living alone in another country and you don’t speak the language, you get lonely. But for me it was the perfect way to be a foreigner. Then I met my wife after three years, when I was still playing in Heerenveen and we’ve moved everywhere since then. The Netherlands has become not like a second home, but more like a first home and Denmark is the second.

How would you describe yourself? An expat, an immigrant, a lovepat etc?
I’m not an expat, I’m not an immigrant or a lovepat. I don’t know how you would describe me. I’ve been here for so long. This is my home now actually. Will I ever be Dutch? I don’t think so. I am proud of being Danish, but after my football career I will live here. I suppose I am an immigrant. I ain’t going no-where.

So you’ve no plans to leave?
In the football world you never know but definitely after my football career is over we will come back here. We have a beautiful home here. The kids are more Dutch than Danish and our whole social life is here. We have never lived as a family in Denmark. In the football life you never know. I don’t see myself coaching, although a lot of people ask me about it. I think when football is over, I will take a different path.

Do you speak Dutch and how did you learn
My Dutch is better than my Danish I think. And when I am at home or with the Danish team I get teased a lot. Dutch and Danish have a lot of the same words so when I don’t know the word I use a Dutch one and say it in a Danish way… and then people look at me and say ‘what are you talking about?’.

Of course I learned Dutch the hard way, I was thrown into it, and after six months the family said they would not speak English to me anymore. And that is the way to do it. Don’t be afraid about making a lot of mistakes because you are going to make them. You just have to get on with it.

What is your favourite Dutch thing?
I do like the Dutch football mentality because all the stadiums where we play are almost full. If you see the Danish competition, attendance is pretty low. There are not so many supporters.

What I do like, and I am a real cheese guy, is cheese shops.  In Denmark we don’t have stores that just sell cheese, they’ll be a small part of a supermarket. But here they have stores dedicated to cheese where you can taste them before you buy. And that is great.

How Dutch have you become?
I would say I was pretty Dutch. We speak Dutch at home. I do everything in Dutch. My kids’ Danish is not as good as it should be, and that is mostly because we do everything in Dutch. Years ago I used to try to speak Danish them and they would say “Dad, speak Dutch, we’re not going to listen.” Then maybe I would be strict for a couple of days and then it just fades out.

Which three Dutch people, dead or alive would you like to have met?
Pretty obvious of course, but Johan Cruijff.  I met him but I didn’t really speak to him. In an hour I think I could earn a lot. After all, he almost invented modern football.

Andre Hazes. I think if you sat at the bar with him for a while he could tell some great stories – funny and sad.

Maybe Anne Frank. She was German? I think the Dutch claim her as a Dutch person. I’ll still go for her. She went through so much and would have a lot to tell. And relevant today.

I’m really into stories and all these three would have a story tell. They are all dead, but I don’t want to use one of my three wishes on someone who is alive and I might still meet.

What is your top tourist tip?
We live quite close to Amsterdam so I would always say that is where you need to go. You can visit Amsterdam many times and there is always something different do to. Of course, when my family come, they have been here so may times we don’t go sight-seeing so much. We love Zandvoort as well, we go there a lot in the summer.


Tell me something surprising about the Netherlands
The Dutch are good at panicking in advance about the weather. If there is a little bit of snow or some rain, it is code red and they panic. There are traffic jams, people are told to stay inside. It’s all over the news and social media. You have to leave three hours in advance to get to work. I mean, its just a little bit of snow. If you are careful you can get to where you are going, but here they panic in advance.

If you had 24 hours left in the Netherlands, what would you do?
I would definitely spend the time with the family, tour Amsterdam and visit the Negen Straatjes and have lunch. Then go to the beach. We love it. Its a beautiful beach, even when the weather is not great. We would sit there and have something to eat and watch the sunset.