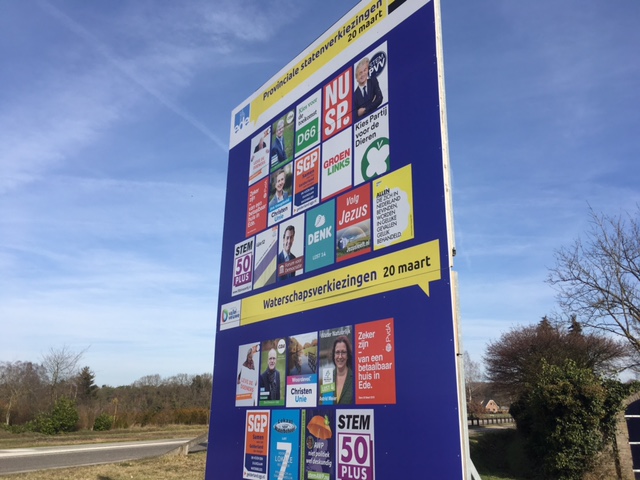 Thierry Baudet has been able to capitalise on government laxity, despite the fact the country is doing well. So now the cabinet excludes Baudet at its peril, say economists Willem Vermeend and Rick van der Ploeg .

The latest figures show the Dutch economy is one of the best performing in Europe. Growth figures are looking healthy, unemployment is low and government finances are in tip top shape. The Netherlands also ranks among the top 10 of European countries for competitiveness, innovation, the investment climate etc. The social security system and the pension and care systems are the envy of the world.

And just recently the Netherlands came fifth in the UN list of happiest countries.

The current government and the preceding cabinets could be forgiven for feeling just a little proud of this ‘little earthly paradise’.

But then came the provincial elections. Distinctly unforgiving voters made perfectly clear that their definition of paradise is a different one and opted en masse for Thierry Baudet’s Forum voor Democratie.

Baudet has been trying to convince people since the inception of his party that things are not going well for this country, that the current cabinet’s policies are having a disastrous effect and that the coalition should pack it in and go home.

His clever election campaign earned him not just a landslide victory but the leadership of what is now the biggest party in this country.

Did it come as a bolt from the blue? Not really. Thierry had a simple and clear message which he kept repeating over and over: ‘put an end to the current immigration policy now’, ‘down with the ridiculous climate policy’, and ‘make Rutte III pay for the fact it is not listening to the voters’.

Many people were angered by the cabinet’s scaremongering tactics around the climate policy, the hike in energy premiums and the expensive investments in gas free homes. People were worried about their pensions but once again Rutte III did not listen.

Rutte’s ministers failed to find a solution to the ‘public sector crisis’. People who work in the public sector (care, education, police) clamoured for improvements but felt they were not taken seriously.

Voter confidence in the promised increase in purchasing power also plummeted. Thanks to Rutte III  Baudet was able to profit massively from the growing discontent.

The established parties congratulated Baudet on his victory and rightly so. But they mustn’t now carp on about protest voters that made Forum big, or about the party’s lack of experienced people to govern the provinces.

As the biggest party, Forum must be given every opportunity to take responsibility. Established parties should not contrive to exclude it because if they do the disaffection among the people will grow and so will Forum at the next national elections.

Mark Rutte, faced with his party’s loss and the loss of a majority in the senate, said he would ‘have lots of coffee mornings with all the parties’ to try to build support.

The other big winner of these elections, GroenLinks’ Jesse Klaver, thinks the prime minister now has no other option than to come to him. But the VVD and CDA are wary of having to advocate for the substantial hikes in tax for citizens and businesses which are at the heart of Klaver’s climate policy.

In order to retain a majority in the senate the cabinet can also turn to the PvdA. We think Lodewijk Asscher would be a better choice than Jesse, who mainly represents well-educated voters with a passion for combating climate change.

Rutte worked well with the PvdA in the last cabinet and, with the help of the social-democrats, should be able to solve the public sector crisis, get on top of pensions and the labour market and strike deals on purchasing power for the low and middle income groups.

However, the cabinet would do well not to ignore the Forum presence in the senate. There are signs the Netherlands is on the brink of an economic downturn. Rutte III will have to come up with a package of measures consisting of tax breaks for citizens, investment boosts for businesses and government investment. Foum could help achieve a majority by throwing its weight behind such a package.

A climate policy not characterised by ineffectual measures and economically damaging taxes could be part of this package. The Netherlands is already heading the European league table on tax levels and the limit has been reached.


The planet is not going to be saved by tax hikes which damage the economy. What will help is government investment in the latest technologies to accelerate the transition to sustainable energy, and investment in research. The Netherlands must also invest in a green business climate.

A key element is to devise an attractive business package for smart start-ups which operate in the field of energy transition. If we use that package to recruit smart folks from all over the world, the Netherlands could become a start-up centre for energy transition.

Thanks to Rutte III and Rutte II this country has enough millions to finance a modern and effective climate policy, with the added advantage of tackling the economic downturn in a sustainable manner.