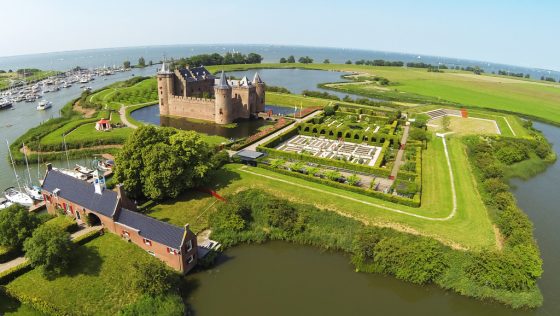 Ever fancied playing monarch for a day? Enjoying some jousting, a feast fit for a king or wandering in the lanes of the royal gardens? Here in the Netherlands there is a rich and varied heritage sector: from sites of archaeological interest to romantic retreats in restored castles.

Muiderslot
The ‘Muiderslot’ is barely a 30 minute drive from central Amsterdam but it feels surprisingly rural. Just outside the pretty town of Muiden, this 13th century keep was first erected by the famous knight Floris V. Shortly afterwards however, Floris met a sticky end and the castle was destroyed. Restored and strengthened in later years, it is now a beautiful living museum covering three main periods of history: the Middle Ages, the Golden Age and the 19th century.

There are a wide variety of different kinds of activities on offer to the public: there are multiple treasure hunts for kids; glorious gardens to explore; an expansive collection of armour and regular exhibitions. This year they have Armed With Beauty, looking at famous Dutch women in history; and the Water Route, that uses a new water installation to examine the relationship of the castle history and the surrounding waterways. 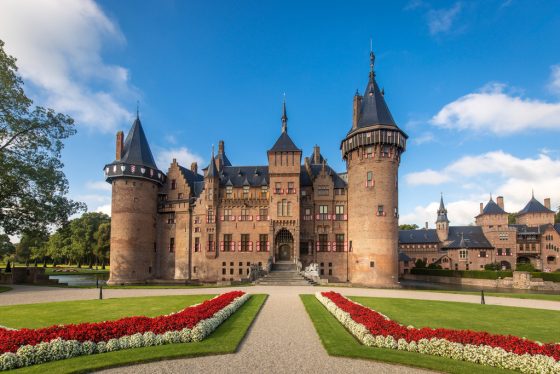 De Haar
The Rothschild family funded a 20-year neo-gothic restoration project for De Haar, one of the most luxurious castles in Europe, and the largest in the Netherlands. Surrounding the castle, 7,000 40-year old trees transported from the province of Utrecht created a modern-day park. In 2000 the family passed ownership on to the Dutch Natuurmonumenten (national heritage society) but retained the right to spend the month of September in the castle until the end of time. Necessary maintenance funds come through tourism, private receptions and events.

Huis de Voorst
When it was first built in 1695, for an intimate friend of then king Willem III, Huis de Voorst was quickly nicknamed the ‘Versailles van de Achterhoek’ by locals. Renovated and reopened in 2015, the regularly hosts weddings, with luxury receptions plus use of the gardens and boating. 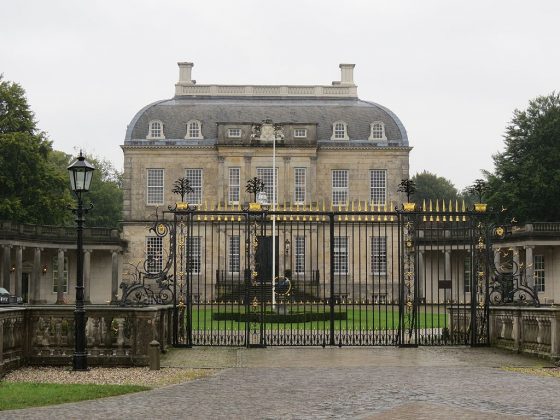 They also have four suites in their 5* restored coach house which are are open to visitors. Kitted out in full Golden Age glory, they look out on the ornamental English gardens and the moat. A further 50 hotel rooms are also available on site. Ideal for romantics, whether you’re looking for a weekend away or a venue for your big day.

Cannenburch Castle
History lovers will delight in the former home of Field Marshall Marten van Rossem, who built the moated mansion on the site of a former medieval castle. After changing hands many times, Cannenburch was confiscated by the Dutch government after WWII and sold to a preservation society for the token price of 1 guilder. The impressive building has been fully restored including its many original Restoration details. There are audio tours in both Dutch and English, and curiosities like paintings that move for children to uncover. 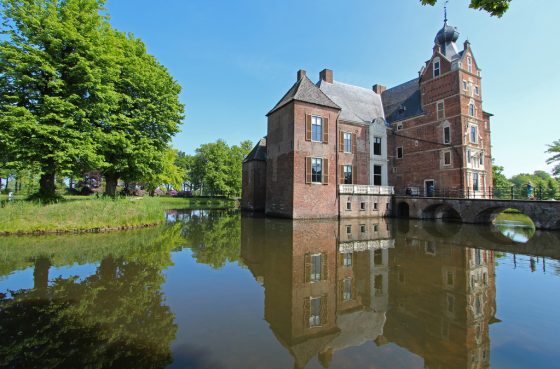 Gelderland has a wealth of historical properties, from manor houses to fortresses. You can find information about all of them at the Gelderse Landschap & Kastelen, a charitable group that looks after the preservation of the province’s heritage sites.

Fortified Cities
Popular Dutch TV show Doctor Tinus was filmed in Woudrichem, Noord Brabant, a beautiful little fortified ‘city’ on the Waal. On sunny days it’s sleepy and dreamy. Enjoy the monumental harbour, walk the city walls, go swimming, or rent a traditional tented salmon boat to take out on the river. When you’re done pop into the cafes, take the kids to the ice cream parlour or the pancake house and buy a souvenir at the local gallery. 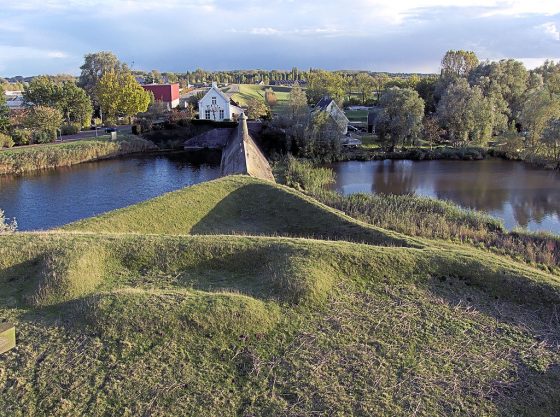 Part of the Woudrichem fortifications: Photo: Rasbak via Wikimedia Commons

There are ‘vesting’ cities up and down the country with their protective walls still standing. Erected between the 15th and 18th century they were intended to protect land and citizens from invaders, such as the Spanish. If you like Woudrichem, you might want to head to other walled towns: Bergen op Zoom alone boasts over 800 monuments of historical interest!

Many of these towns stage battle reenactments or special events throughout the summer, and each year one hosts the association of fortified towns annual shindig.

Castle Valkenburg
Most famous for the ruins of the castle, which date back to the 11th century, this powerful stronghold finally fell at the hand of Willem III in 1672. Nowadays it is also well-known for its tours of the ‘velvet’ cave, bird of prey shows and treasure hunts. A good choice for a day out with your little historians.

Fort Sint Pieter
Not far from Valkenburg in Maastricht, you will find 80 km of underground caverns secreted away under St. Peter’s Mount. Excavated over the centuries for the useful limestone, they were used as a hideaway by the people of the city during times of siege. On top of the mount you will find the ruins of the 18th century St. Peter’s Fort, once used to defend against the French. Guided tours of both are available for all ages and there is a restaurant where you can rest up afterwards.