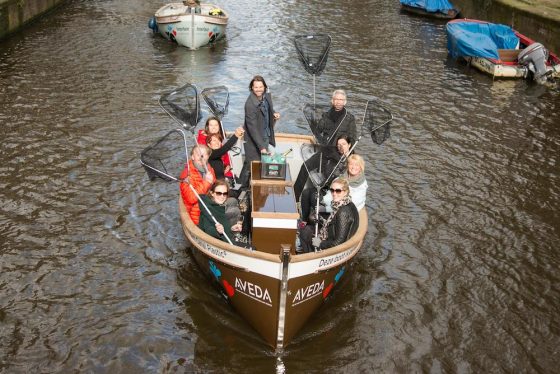 Empty drinks bottles, plastic packaging, microscopic plastic particles in the food chain: this once oh so useful invention is fast becoming an environmental catastrophe. Deborah Nicholls-Lee has been checking out some Dutch projects which are seeking solutions.

Based on a concept already used in the oil industry, in locks and in dredging, air is pumped through a perforated tube, creating bubbles which push the plastic to the surface and off to one side, where it can then be removed by a conveyor belt. Recent tests in the river IJssel showed that pieces as small as 3mm long can be trapped using this system. 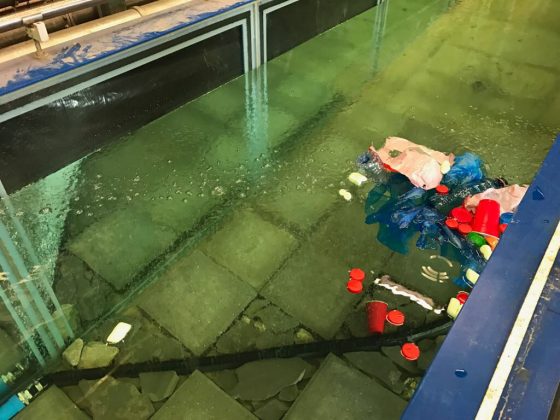 ‘The Great Bubble Barrier can block plastics across the entire width and depth of the river and does not hinder ships and fish and it doesn’t require major infrastructural changes,’co-founder Francis Zoet told DutchNews.nl. Aerating the water with bubbles is also good for the wildlife, say the organisation, and is visually more appealing than construction-based systems.

For the moment, the team are focused on the Netherlands, but eventually they want to use the technology to reduce plastic pollution in Asia. ‘Our hands are itching to get to work there,’ Zoet says.

Plantics
While researching biofuels, chemists Gadi Rothenberg and Albert Alberts at the University of Amsterdam stumbled upon an extraordinary new bioplastic. The material is strong, fully biodegradable and created with 100% renewable raw materials derived from biomass. In 2014, Plantics was founded to research the product’s applications and bring them to market.

While current resins are based on petrochemical sources and often use poisonous ingredients such as formaldehyde and epichlorohydrin, the thermoset resin Plantics is developing is non-toxic and can take the form of rigid or elastic plates and foams. The plant pots which the company recently launched, together with WP Trading, have won two awards in the last six months and are in the final for the Rabobank Sustainable Innovation award. 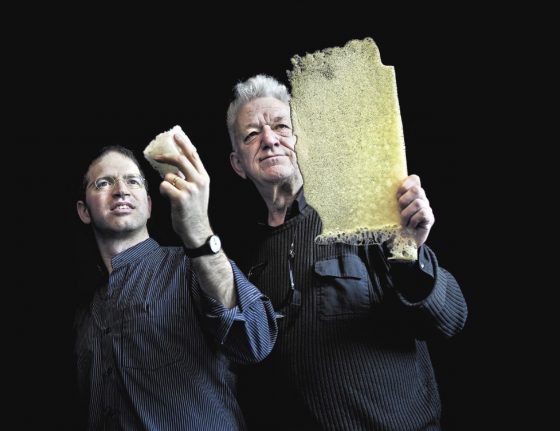 Bioplastic is currently one of the fastest growing material businesses worldwide and a key step towards EU targets to make all packaging reusable or recyclable by 2030.

Plastic Whale
Amsterdam’s UNESCO-listed canals are fast becoming a soup of plastic flotsam as tourism spirals and more waste finds its way into the picturesque waterways. Plastic Whale run plastic fishing tours which flip the script, making tourists part of the solution rather than the problem.

As more plastic treasure is scooped from the water, so the Plastic Whale fleet expands. The discarded plastic bottles, bags and packaging are melted down to make new boats, increasing the number of tourists they can take out and broadening the impact of the clean-up.

There are also plans to trial the concept in developing countries where plastic pollution is severe and poverty levels are high. ‘By creating value from the waste, we give an economic impulse to the local community and attack the problem of public waste at the same time,’ explains founder Marius Smit.

Plastic Whale was founded in 2011 and opened a second tour in Rotterdam in 2016. This February they launched their Circular Furniture collection, made from the plastic fished during the trips.

vanPlestik
Nout Kooij was unsatisfied with the 3D-printing filament he had created from recycled plastic. It only worked with the highest-quality, cleanest plastics – just 10% of plastic waste – and the market was already saturated with similar products.

Together with high-school buddy Sam van Til, they came up with an idea: to forget smaller, intricate objects and focus on big ones. This way, any minor contaminations, particles of sand or air bubbles, would not matter, meaning they could use a broader range of plastics. They designed and built their own 3D printer capable of coping with cruder materials and vanPlestik was born. 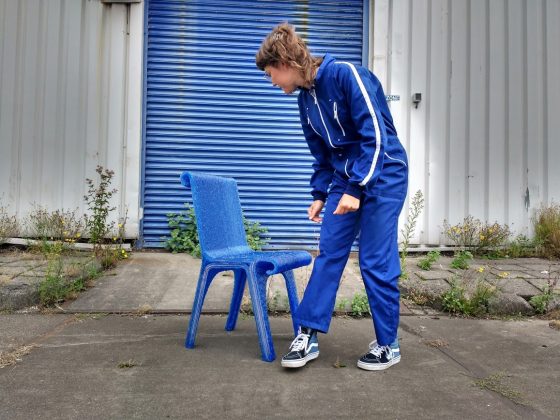 The duo are currently partnering with the Prael brewery, converting plastic beer kegs into new furniture. They are also working with artist Peter Smith and Stichting Klean to print a 12m-long statue of the Madonna, created from recycled PET bottles.

Last year, vanPlestik won the ‘Amsterdammmers, maak je stad!’ prize. But their vision for this new technology goes well beyond the Netherlands. ‘Our idea is that some day developing countries may use this kind of machine to reduce the plastic waste that goes into the ocean and nature,’ Van Til told DutchNews.nl.

The Ocean Cleanup
Could a huge floating curtain purge the infamous Pacific Garbage Patch of plastic detritus? When this ground-breaking project launches later this year, we’ll know for sure.

Boyan Slat, the brains behind the invention, is the youngest person to win the UN’s Champion of the Earth Award and was last year named Elsevier Weekblad’s Nederlander van het Jaar. The idea came to him while on a diving course in Greece in 2010. Appalled by the amount of plastic he was swimming in and its harmful effect on the wildlife, he felt impelled to make a change. 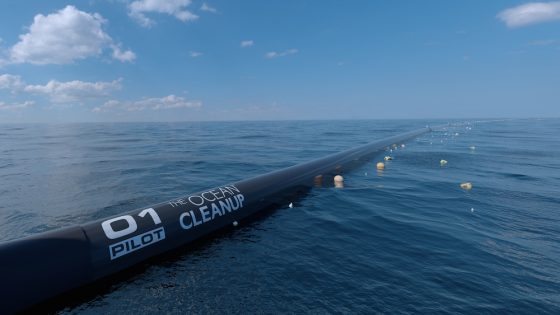 Moving with the currents, rather than chasing the plastic, the Ocean Cleanup consists of a giant buoyant tube with a solid screen suspended beneath it which gathers the rubbish and shepherds it into a collection reservoir.

The system is intended to be self-funding through the recycling and resale of the recovered plastic. It is estimated that a fleet of 60 such systems, each around one kilometre long, could, over a 5-year period, clean up around 50% of the plastic trapped between Japan and the west coast of America.