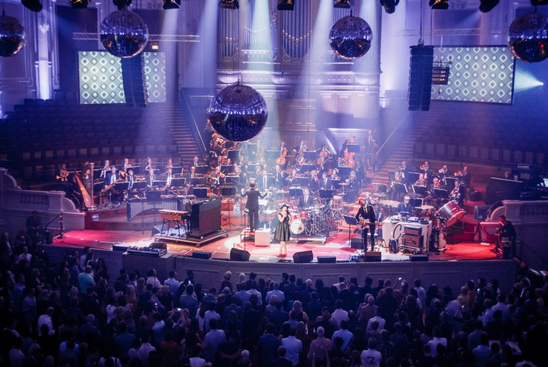 The Dutch Metropole Orchestra is the biggest jazz and pop orchestra in the world and has performed with greats such as Ella Fitzgerald, Dizzy Gillespie and Stan Getz. This June the orchestra marks the 100th anniversary of the birth of its founder Dolf van der Linden. In November, it celebrates its 70th anniversary. Here are ten things you might like to know.

1 The idea of forming an orchestra was first mooted in early 1945, when Queen Wilhelmina and her Dutch government were still in exile in London. They were aware that the people back home in the Netherlands would need something to bolster their spirits. Something more than the return of their Queen. Something to entertain them after the drab war years. It was decided to form an orchestra specialising in light music, one made up of top Dutch musicians. The Metropole Orchestra was born and gave its first performance on November 25 the same year.

2 The first man in charge of the orchestra was Dolf van der Linden (1915-1999), a conductor, composer and arranger who worked for Dutch radio before the war. He was captured by the Germans and sent to work in Germany during WWII but escaped and went into hiding in the Netherlands. In 1945 he was asked to put together what became the Metropole Orchestra.

3 Under Van der Linden, the 40-piece orchestra became hugely successful on radio and later on tv, not just in the Netherlands but throughout Europe. In the years in which the Eurovision Song Contest singers were always accompanied by an orchestra conducted by someone from their own country, Van der Linden was the choice for the Netherlands’ entries. 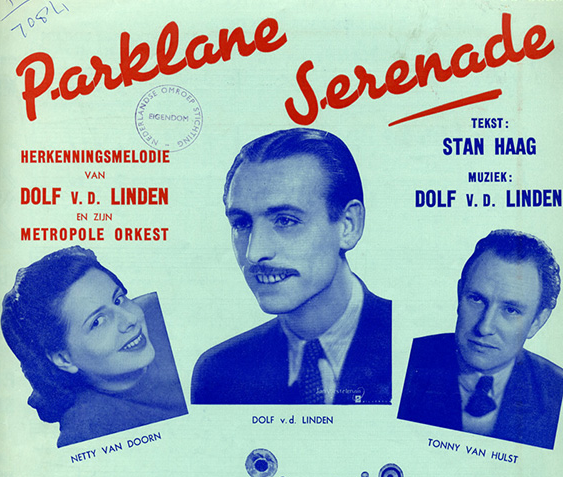 4 Although Van der Linden was complimented for giving the orchestra its own sound while playing a wide variety of musical styles and keeping up with technological innovations, he was unable to modernise the orchestra and left in 1980.

5 The young, ambitious and energetic Rogier van Otterloo (1941-1988) took over and introduced a second rhythm section which allowed the orchestra to add pop and rock music to its repertoire. Under Van Otterloo the orchestra made its debut at the North Sea Jazz Festival. It also found extra work in film and tv studios, playing the music its conductor composed for various productions. The most famous is the theme from Soldier of Orange with its immediately recognisable five note opening.

6 Van Otterloo died suddenly in 1988 at the age of 46 and it was not until 1991 that a suitable successor was found in the shape of Dick Bakker, composer of Ding-a-dong with which Teach-In won the Eurovision Song Festival for the Netherlands. By the time, Bakker arrived the Metropole was struggling to find work. He breathed new life into the orchestra by making it more commercial and winning acclaim for televised shows at home and abroad. In particular, there was a lengthy contract with Greek television, performances in the Amsterdam pop temple Paradiso and an increasing number of live performances.

7 Bakker was succeeded in 2005 by the American conductor Vince Mendoza, who has composed and arranged a huge range of music for outfits ranging from jazz ensembles and big bands to chamber music ensembles and symphony orchestras. Mendoza kept the modernisation going, inviting a wide range of artists to work with the orchestra including Elvis Costello, Herbie Hancock, The Brecker Brothers, Silje Nergaard and Ivan Lins.

8 2012 was an annus horribilis for the Metropole Orchestra. Financed from the broadcasting budget since its inception, the Dutch government withdrew its subsidy and refused to finance a shortfall of €15m. This left the Metropole facing extinction, until a fan began an online petition which was quickly signed by 35,000 people. The government had a rethink, found the money to cover the shortfall and came to a bridging agreement with the orchestra that it will be self-financing by 2017.

9 Since 2013, the Metropole has been led by Englishman Jules Buckey who was a regular guest conductor with the orchestra since 2008. He is pushing the orchestra into the future. A huge compliment came in 2014 when the Metropole was invited to take part in the BBC Proms, the prestigious classical music festival held each year in July at the Royal Albert Hall and broadcast on BBC Radio 3. The Proms, just like the orchestra, has been modernising its programme and has invited the Metropole back for 2015’s festival where it will perform with the rappers Wretch 32, Krept & Konan and Stormzy.

10 The Metropole has performed and recorded with a huge number of famous artists over the years. They include jazz musicians such as Ella Fitzgerald, Stan Getz and Dizzy Gillespie, pop stars such as Brian Eno, Elvis Costello and Bono, producers such as Junkie XL and the new generation of singers such as Laura Mvula.

For more performances, check out the orchestra’s YouTube channel.