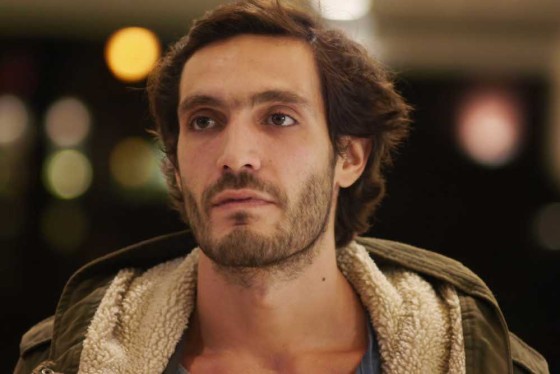 Film maker Leonardo Cariglino has Italian nationality, was born in Germany and has a Greek mother. He came to the Netherlands 10 years ago and won’t tell us the name of his favourite bar in case we all go there too.

How did you end up in the Netherlands?
I came to the Netherlands for the most pragmatic reasons. As the eldest son of an Italian-Greek household, I was very busy. Too busy to manage my parents business. I didn’t get the chance to find out what I wanted from life myself. When I heard a friend of mine was studying in Amsterdam I decided to move in with him and apply for work. From there everything else happened.

How do you describe yourself – an expat, lovepat, immigrant, international, etc – and why?
Being born and raised in Germany to an Italian father and a Greek mother made me always feel like a hybrid between an immigrant and an international, even in Germany. The first years in Amsterdam I thought of myself as an expat but I believe that term has worn out for me after living here for 10 years. This subject about one’s definiton and place in a different country is also the main theme of a new short film I recently finished. It is called Home and tries to define the notion of what it means to feel ‘at home’.

How long do you plan to stay?
I plan to stay as long as things go well for me and my career as a film maker. I’m currently in the process of developing my first feature film with the Dutch film fonds but anything can happen during that process. I hope for the best and give all I’ve got.

Generally I don’t feel bound to any country as I always felt a little rootless. But Amsterdam managed at last to feel home to me due to the friends I made, but especially after I met Cornelia, who is my best friend, my big love and my partner in crime.

Do you speak Dutch and how did you learn?
I do speak dutch if I have to. Because of my German background it was fairly easy to understand and read Dutch from the beginning. Speaking was the main issue, as I never managed to feel comfortable when using it.

What’s your favourite Dutch food?
Honestly, there is none. Maybe stampot.

What do you miss about back home?
My family and friends.

How Dutch have you become?
Not at all.

What’s your top tourist tip?
I won’t recommend my favourite bar (sorry Phillip) to tourists and spoil it by doing so. This particular bar is too dear to me and should remain a hub and save haven for expats, immigrants and internationals. I also used it as such in my new short film. But I would recommend visiting the OT301, especially the ‘Mixtree’. The place is an independently-organised community which offers parties, workshops, cinema and all kinds of interesting cultural events

Tell us something surprising you’ve found out about the Netherlands
That the royal family earns way too much money, that people like Wilders have a real chance to flourish here and that Dutch indifference can be a real blessing.