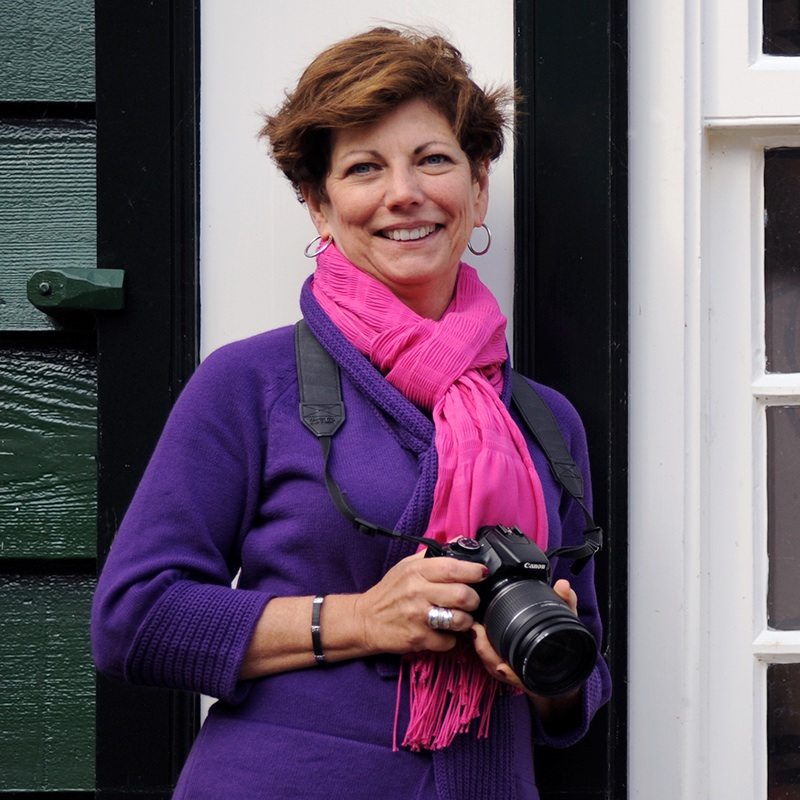 Photo journalist Shirley Agudo has lived in the Netherlands for 15 years and says she fits in very well with the more laidback way of life.


How did you end up in the Netherlands?
I came to the Netherlands from the US in 1993 with my former husband and our two daughters, on the basis of my husband’s job transfer to an American-owned fiberglass company in Hoogezand, in the north of Holland.

We lived for five years in a beautiful thatched-roof farmhouse (boerderij) in a very small – and wonderful – village called Balloo, near Assen, where our children went to the British school (which no longer exists). After five years we moved to Paris, for another five years, and then I returned to the Netherlands, by choice.

How do you describe yourself – an expat, lovepat, immigrant, international etc – and why?
I would say that I am an expat/immigrant, since I intend to stay here long-term but will always consider myself an American expat as well.

How long do you plan to stay?
Indefinitely. The Netherlands suits me very well – I love it here! – and I consider it my home now.

Do you speak Dutch and how did you learn?
Oh, this is a very delicate question…. I speak ‘redelijk’ Dutch, but, considering how long I’ve lived here, I should be fluent. I studied three levels of Dutch at Utrecht University’s James Boswell Institute, which I would highly recommend, and I continue studying with a private tutor – but not often enough.

One gets very lazy in a country where everyone speaks English, and I’m afraid that I’m entirely guilty of that. I do wish I were fluent, however, so that I could read all the details of the Belastingdienst and insurance company letters. Those are my nemeses. I’m never sure if they owe me money or I owe them money, but chances are it’s the latter, so I just bank on that.

What’s your favourite Dutch food?
Pea soup, by far. I eat it year-round when I want some comfort food … which happens quite often.

What do you miss about back home?
My daughters, first of all, who have their own careers and lives in the United States. Beyond that: customer service and enthusiasm – and the way all that translates into strong marketing behaviour, which is difficult to find here.

How Dutch have you become?
Wow, that’s an interesting question. Most people, probably myself included, would say that I have not become very Dutch at all. As a writer and photographer, I tend to keep to myself a lot, and very much enjoy doing so. I have a couple of very good Dutch friends, both male and female, and a few good English-speaking friends and, for me, that’s all I need.

When it comes to friends – and many other things – quality is much more important than quantity. I do, however, feel that I fit in very well with the Dutch (and European) way of life … of café-sitting and lingering over cappuccinos – more easy-going and laid-back than American life, although people who know me well would say that I’m certainly driven, like most Americans.

I also embrace the Dutch traditions – especially King’s Day, which I think is the best party on earth, and the most incredibly civil.

Interestingly, almost every Dutch person I meet for the first time asks me why I haven’t gone back to America instead of staying here by choice, and I always tell them that I’ve “been there, done that”, and I plan to live the rest of my life in Europe.

That said, the Netherlands is the perfect place – especially for an English-speaking person – to live in Europe. And I love being able to hop on the train and be in an entirely different culture in about two hours. …I can always move back to America, but, for now, I’m very happy to be planted here.

What’s your top tourist tip?
For the Netherlands: get on the train and do a countrywide tour. Yes, include Amsterdam, of course, the city I absolutely adore, but this country is small enough to see several provinces on one trip.

Some other favourite cities of mine include Maastricht, Groningen, Haarlem, Amersfoort, and smaller villages such as Broek in Waterland, which is picture-postcard pretty … and the beautiful village where I live: Laren.

Elsewhere in Europe: I will always be most fond of Spain and Italy. I love everything Mediterranean –the climate, the food, the wine and, above all, the warmth and spiritedness of the people.

Tell us something surprising you’ve found out about NL
OK, for this one I’ll be dead-honest. Good and bad.

On the good side: It would have to be how often people cycle here, routinely, as part of everyday life. That surprise led me to do both of my books: Bicycle Mania Holland and the new one that has just been released, The Dutch & Their Bikes.

Before I moved here, I had no idea that cycling was so much a part of Dutch life. The Netherlands is the most cycling-friendly nation on earth, and that’s what I want the rest of the world to see, through my photographs.

On the ‘less positive’ side: it surprises me greatly that the Dutch are not better marketers – as I have already alluded to – given their history as highly successful traders. I have been told that not wanting to promote themselves or stand out probably stems from Calvinism. It continually frustrates me, however.

The Dutch are amazing designers, for example, but they are generally not very aggressive about marketing their own products or expertise. It’s the one thing that continues to baffle me … but perhaps I’m just too American in this regard.

It’s very natural, as I’m sure you know, for us to promote what we do in a big way … and I can never understand why someone would come out with a new product and not want to promote it as much as possible. It’s a dilemma I constantly wrestle with here.

If you had just 24 hours left in NL, what would you do?
First, I would go back to the Rijksmuseum and stand in front of all the Vermeer and Jan Steen paintings for a while – as well as Rembrandt’s Night Watch, to stare at the amazing light that is cast from the female figure in it.

Then I would head to the Begijnhof and stand in this quiet, beautiful oasis situated in the heart of Amsterdam. Then, for the rest of the day, I would do street photography in the city. If I had time, I would head out to Broek in Waterland for the late afternoon/evening, and a dinner at the Inn on the Lake, a magical location that holds very precious memories for me.

But of course I would have to spend some time in my glorious Laren, so, I’m afraid I would need another day….

Shirley Agudo’s sixth book, ‘The Dutch & Their Bikes: Scenes from a Nation of Cyclists’, is available in bookshops and via www.hollandbooks.nl. For more information, see: www.dutchandtheirbikes.com. You can also follow Shirley on Twitter @BicycleMania.