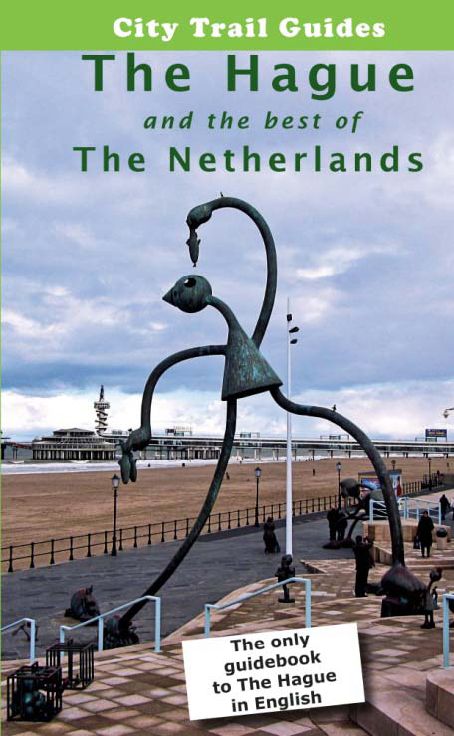 Published in 2013, The Hague and the best of the Netherlands by Violetta Polese and Blake Evans-Pritchard, elects The Hague, and not Amsterdam, as the focus city of the book.

The rationale behind this choice is that many expats relocate to The Hague. Although a valid explanation, curious readers may suspect the additional motive behind choosing The Hague is that it was the adopted home of the authors during their time in the Netherlands.

The book is written in three sections, closing with a short language lesson supplemented by audio download.

Essential Dutch Information
The first section concentrates on information essential to people moving to the Netherlands, such as health insurance, opening bank accounts, paying taxes, and labor laws. The explanation of the Dutch economy and political scene in just two pages – is a gift to readers. Further, the concise history of the Netherlands (p62-73) provides the basics to understanding famous artworks, churches and monuments visited by millions of tourists each year.

The Hague
The advantage of the author’s first hand knowledge of the city and the local surroundings becomes obvious in the section dedicated to The Hague and surrounding areas.

Walking and cycling routes, museums, sporting options, restaurant reviews, descriptions of neighborhoods, public transport, and hidden gems within the city _ are all tried and tested by the writing team. Contact details including opening hours and cost are met with comments on value and services. This is particularly useful if you are new to the city and need a bike repair store (p138), a cheap barber (p135) or a Japanese restaurant (p178) yet don’t know where to start looking.

Best of the Netherlands
Undoubtedly the final section of the book will face some criticism from both locals and temporary residents alike. With the exception of South Holland, each province is limited to a few pages.

This raises questions about the authors’ views. Did the authors not like Haarlem, Hilversum and Eindhoven? And why does Amsterdam’s Red Light District get almost double the coverage given to the Rijksmuseum and Van Gogh’s museum combined?

Regardless what the answers may be, The Hague and the best of the Netherlands is an informative, interesting, sometimes unusual city guide, filled with insider information and enthusiastic recommendations.