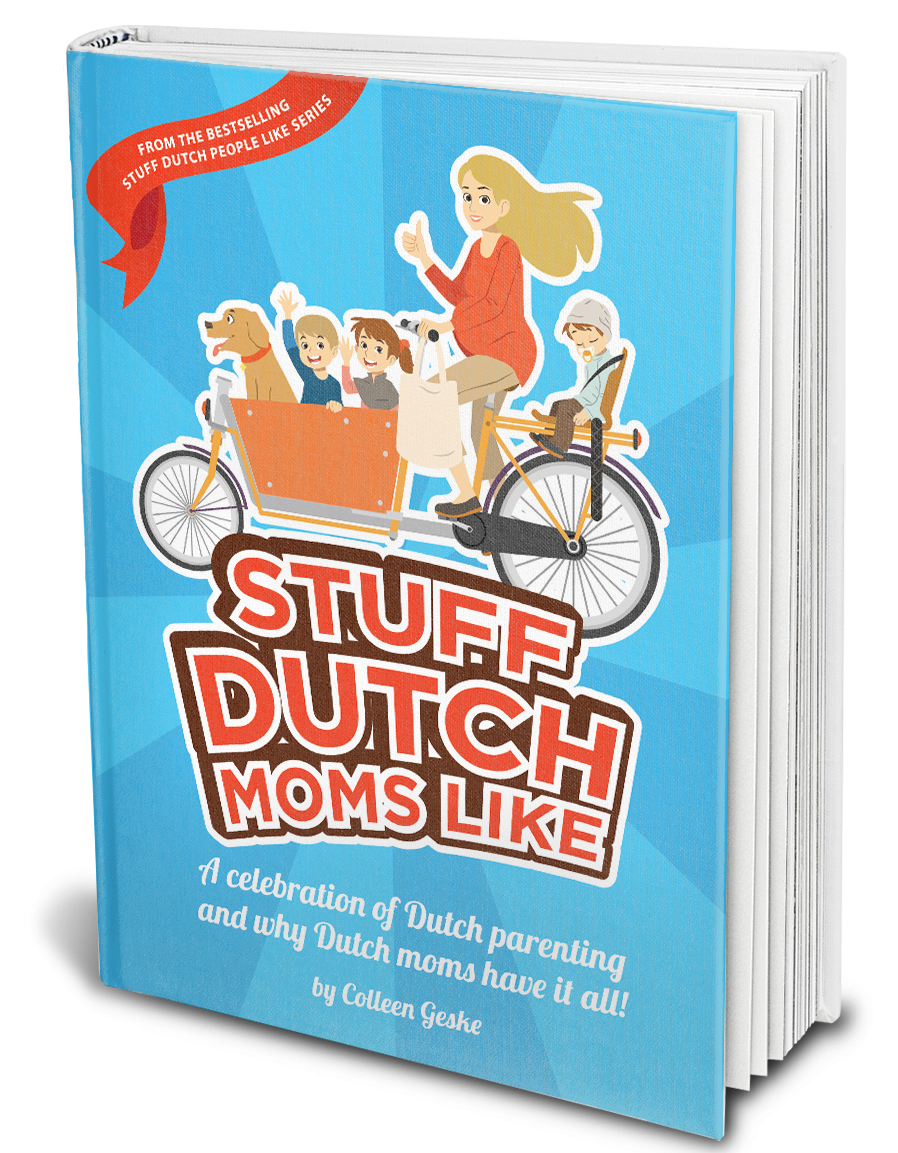 The Stuff Dutch People Like empire has done some considerable expansion in 2016 with a look earlier this year at language and now a plunge into food and the world of motherhood.

Author Colleen Geske, a Canadian by birth, has now turned her attention to celebrating Dutch parenting and asks herself ‘why do Dutch mums have it all?’.

It did not start out that way. ‘Home births were not urban legends, as I had hoped, but a frightening reality,’ she writes in the introduction. ‘Could I actually give birth, let alone raise a family, in this country far away from the comforts and familiarities of home?’ Colleen is now the proud mother of two children, both born in the Netherlands and both growing up into little Amsterdammers. The book Stuff Dutch Moms Like is based partly on her experiences, partly on heaps of facts and useful information, and partly on the experiences of others mothers, both Dutch and foreign.

Dutch parenting, she states, has often been described as laid-back, relaxed and quite permissive. Not that she would argue with these observations, you understand, but that ‘you could make the wrong assumption that this parenting style is without substance or reason’. Helicopter mums have yet to arrive in the Netherlands and freedom, independence and letting children be children are paramount.

The style is light and informative – like chatting to a friend – and Colleen’s enthusiasm so persuasive you might end up wishing you were having a baby yourself, just to test it all out. 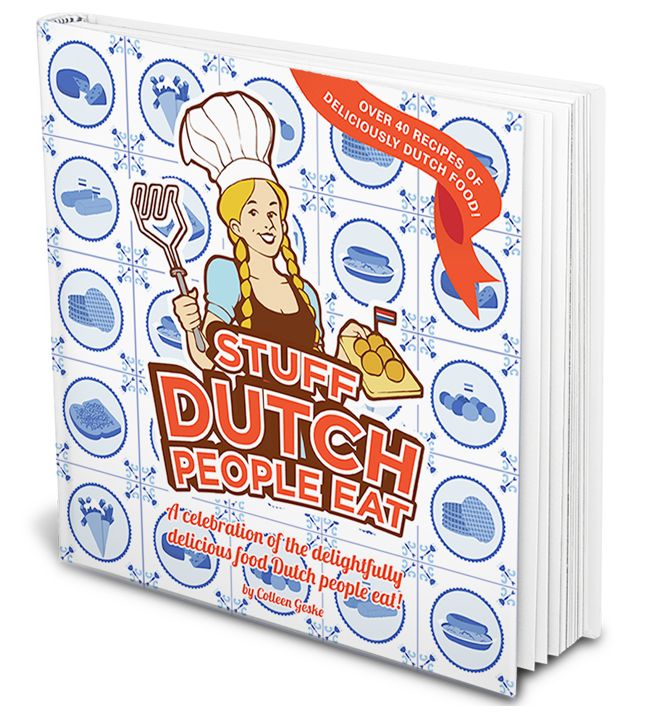 The fourth book in the Stuff Dutch People Like stable is a homage to the Dutch snackbar and dinner table. Complete with recipes for pea soup, grandmother’s apple pie and even stroopwaffels, Stuff Dutch People Eat is a lavishly illustrated celebration of Dutch food. And yes, she does throw in recipes for roti and nasi goreng for good measure.

Liberally sprinkled with humour and exclamation marks, Colleen is even positive about boerenkool and herring – which must mean she is a fully integrated Dutch cook. This is a great gift for a new arrival, a longer term resident or someone who has left the Netherlands and is still nostalgic for a bitterballen or olliebollen at New Year. Now they can make them themselves.