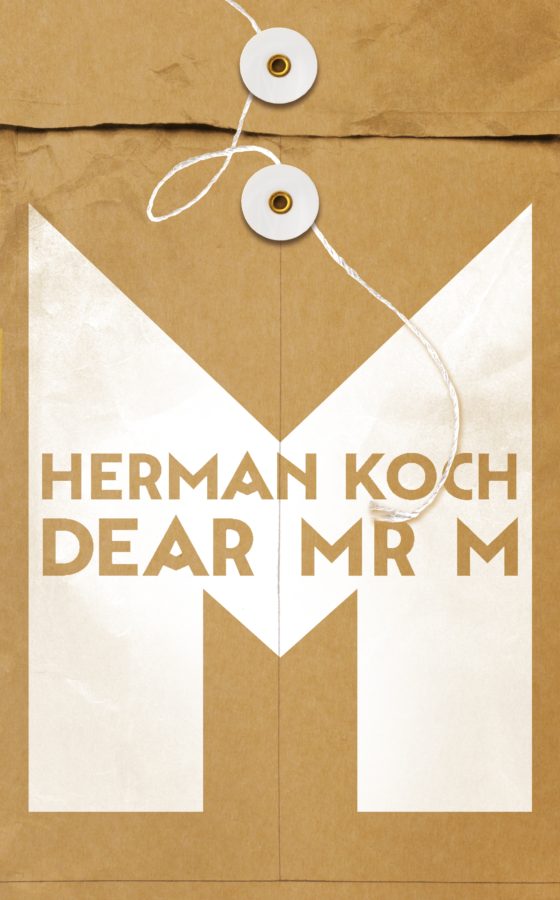 Herman Koch is widely acclaimed for his 2009 novel Het Diner (The Dinner) – a book that sold over 1 million copies in Europe, was translated into 21 languages, and has been produced as a play and film. In addition, Koch’s biography of work includes eight novels, seven short story collections, newspaper columns, and acting roles or collaborations with various Dutch film, television and radio programmes.

Two years ago Koch published his latest novel Geachte heer M in Dutch. The book has been translated to English and released by Picador, a UK publishing house, under the title Dear Mr M

In short, Dear Mr M is about a once famous writer (Mr M) adjusting to his decreasing popularity with the reading public. After an illustrious career, he is now reduced to book signings at village libraries and literary dinner events diminished by budget cuts matching the reduced earnings of the invited authors. Mr M is being stalked by someone who believes that he is a character in the author’s most famous murder mystery, and is seeking a different outcome to the tale.

The book cover blurb describes the novel as a ‘literary thriller’, and indeed it is both literary (main character is an aging author; main plot is based on a real event shaped by the confabulations of the author without regard to facts; an abundance of criticism of the literary world) and a thriller (a missing person, many possible suspects and motives). Yet, ‘literary thriller’ is somewhat misleading and may disappoint readers seeking the excitement of a novel that demands to be read in a single sitting, like The Dinner.

Nevertheless, Dear Mr M is a clever story. The narrative comes from the perspective of five characters covering several decades. Koch insists that the reader stay focused, offering the occasional red herring to the plot that disappears as the next clue box is opened. This technique continues to the last few pages.

The Dutch Foundation for Literature describes Herman Koch as ‘an ironic-realistic writer relating dramas worth telling’, who writes about characters ‘… burdened by their empty existence…’. Given his cast in both The Dinner and Summer House with Swimming Pool (2011), the description rings true. Koch does not create likeable people.

At almost 450 pages it is a long, slow read with a cast of characters who don’t elicit reader empathy. Herman Koch exposes the underbelly of the Dutch upper class, a perspective not usually given, but perhaps one to be expected from the boy once expelled from Amsterdam’s Montessori Lyceum.