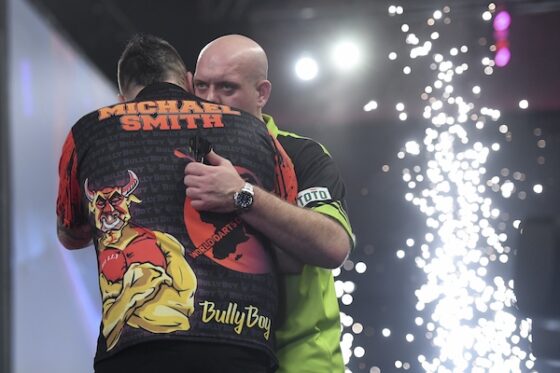 Dutchman Michael van Gerwen failed in his attempt to clinch the PDC world darts title for the fourth time, losing 7-4 to England’s Michael Smith in the final at Alexander Palace in London.

‘I can only blame myself,’ Van Gerwen, known in the game as Mighty Mike, told ViaPlay after the match, which was described as ‘memorable’ and ‘incredible’ by commentators.

‘We started out playing very well and I had my chances, but if you don’t make the most of them, then you know you are going to find things difficult against Michael,’ he said.

MICHAEL VAN GERWEN MISSES D12 FOR A NINE-DARTER, AND THEN SMITH PINS A PERFECT LEG HIMSELF!

ONE OF THE GREATEST THINGS YOU’LL EVER SEE IN SPORT. pic.twitter.com/WyKWFcxq5V