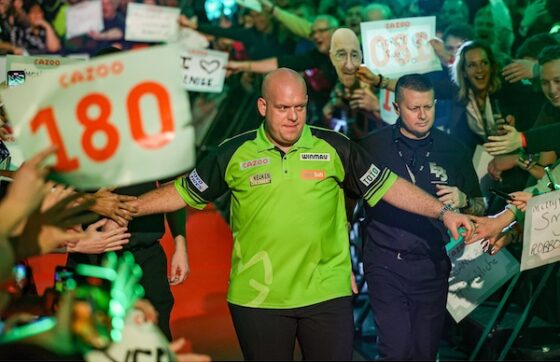 Michael van Gerwen has reached the final of the PDC world darts championships for the sixth time, after beating Belgium’s Dimitri Van den Bergh 6-0 in their semi-final clash on Monday evening.

Despite his long track record, it is the first time Van Gerwen has made the final in four years. ‘And I want more. I don’t want to leave it as this,’ he told reporters after the match.

The winner on Tuesday night at Alexandra Palace in London will replace Gerwyn Price as the No 1 player in the world rankings, the Guardian reported.