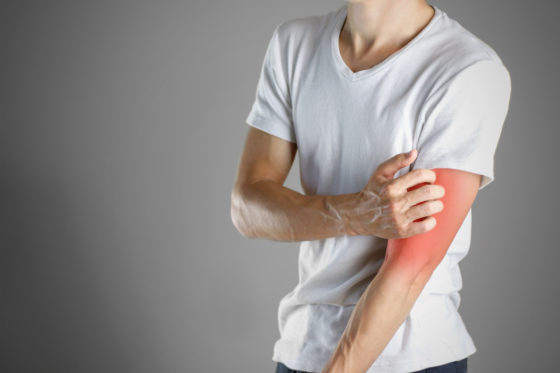 More people have scabies but embarrassment about the condition is making it difficult to stop spread and reinfection, particularly among students, experts have said.

Doctors do not have a duty to report cases of scabies and there are no exact figures to monitor its rise but the tally at beginning of this year was higher than in previous years, local health boards and family doctors have said.

Scabies (sarcoptes scabiei) is an eight-legged mite which burrows under the skin to lay its eggs there, causing unbearable itching. It can be picked up through close human contact and infested mattresses and clothes.

‘A scabies infection can drive people to despair,’ dermatologist Annemie Galimont told broadcaster NOS. ‘This is not just an itch. People can’t sleep at night and if you overlook something during treatment you have to start all over again.’

The problem is that people are too embarrassed to talk about the condition, she said. But having scabies is ‘just bad luck’, not an indictment of people’s general hygiene.

Anyone can pick up scabies, and because people are travelling again they increasingly do, she said. ‘Young people are much more physical, and they wear each other’s clothes. But business people in expensive hotels can get it too.’

Students are among the groups more at risk from scabies, Galimont said, because they tend to have more social contacts, often live on top of each other in student flats and do not get treatment all at the same time.

An campaign specifically aimed at students will start later this year, an RIVM spokeswoman said. Rumours about a scabies mutation which is less responsive to medication have not been confirmed, she said. ‘Most infections persist because people are not careful enough when treating scabies. They don’t put on enough cream, for example.’