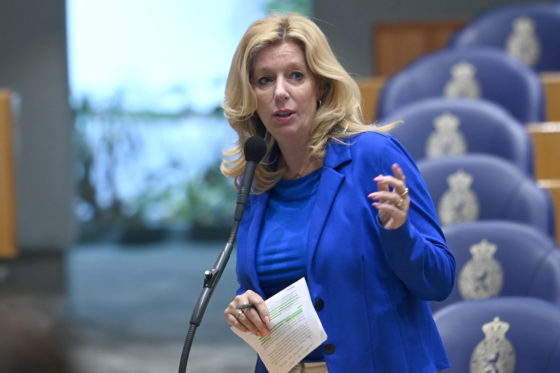 Liane den Haan has been an independent MP since May 2021. Photo: ANP/HH/Dijkstra BV

Den Haan, 55, was elected to parliament last year as leader of 50Plus, but two months later she left the party and has continued as an independent MP.

She told AD.nl she wanted the new party to be a ‘solutions-driven, positive party that is not populist’ that appealed to both people over 50 and ‘future seniors’.

Den Haan admitted her policies were broadly similar to 50Plus, but further to the left on the issues of climate change and migration. She also wants to introduce more flexible retirement options so that people with pension savings can opt to retire at 65.

‘Other parties talk a lot at election time about older people, but solutions to the problems don’t arise,’ she said. ‘We have a positive story, because older people aren’t a cost burden, they’re not sick and they’re not to be pitied.’

50Plus was founded in 2009 and achieved its biggest electoral success in 2017, when Henk Krol led it to four seats in parliament. The party still has two senators.

Krol and chairman Geert Dales left the party in the spring of 2020 after a row broke out when Krol tried to put Dales on the list of parliamentary candidates, despite the three other MPs objecting to his ‘autocratic’ leadership style.