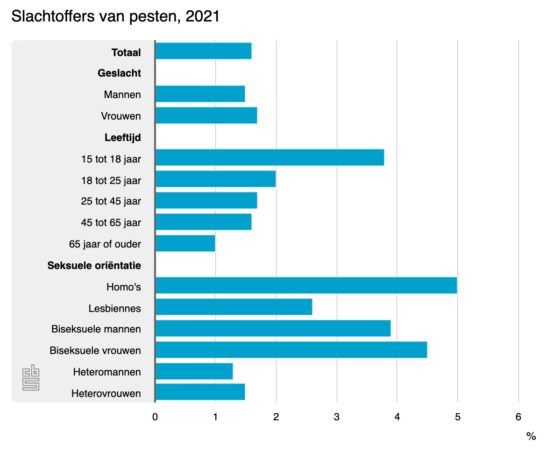 Victims of bullying by gender, age and sexuality. Source: CBS

Some 240,000 people over the age of 15 experienced bullying in the last year and the majority have psychological problems as a result, according to new research by the national statistics office CBS and the justice ministry.

A survey of 173,000 Dutch residents revealed that men and women are equally likely to experience bullying but younger people are much more likely to be targeted.

Most victims experienced what the CBS calls ‘traditional’ bullying in the form of face-to-face harassment, but 31% reported they had been harassed online and 19% experienced both online and offline bullying.

Victims nearly always know their perpetrators but in nearly half of online bullying cases, the offender was anonymous.

Gay men were four times as likely as heterosexual men to say they had been bullied and twice as likely as lesbian women.

Nearly 60% of victims experienced emotional distress, with depression, issues with sleeping, and increased anxiety being the most commonly reported complaints.

Around 70% of victims do report their experiences, with 40% confiding in friends and family, while nearly a quarter complained to the police. 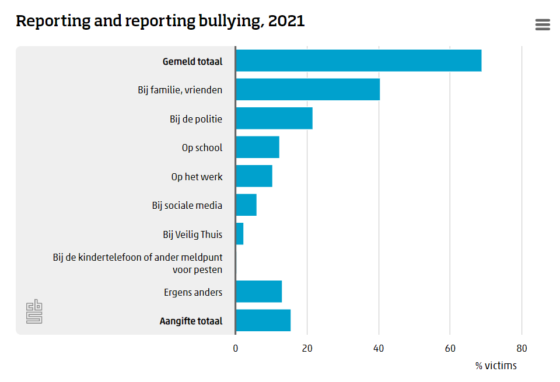 Reports of bullying in 2021 via CBS